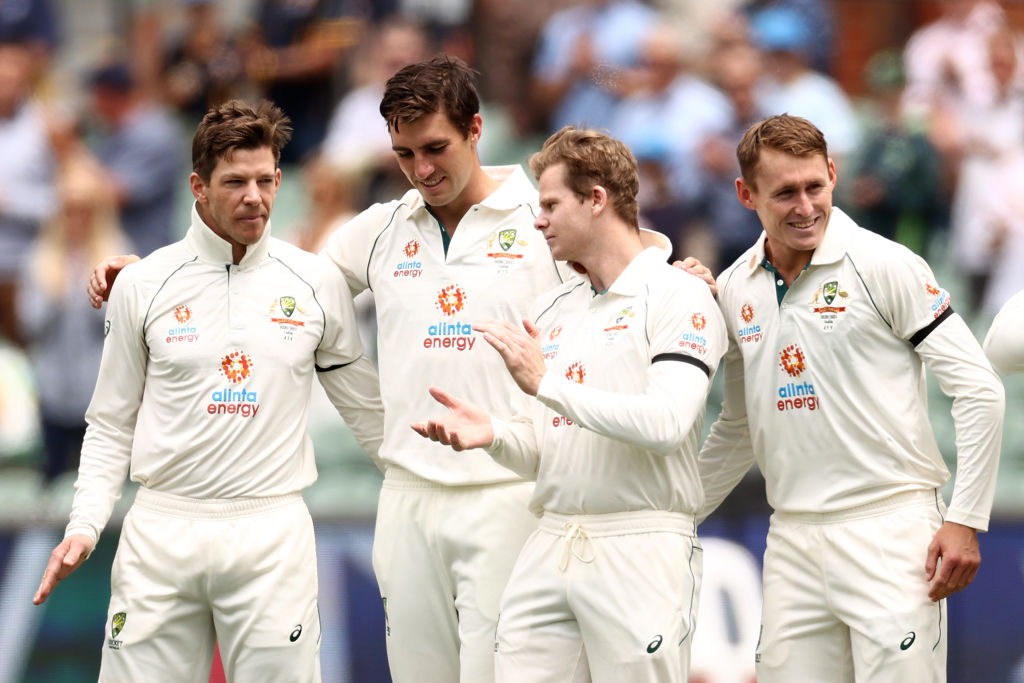 Australian Test captain Pat Cummins has finally broken his silence on Justin Langer's resignation as coach of the team.

The silence from the players and leadership group has been deafening since Langer penned his own resignation letter on Monday, having resigned from the team on Saturday.

Cricket Australia offered Langer a short-term contract until the end of the year to continue in the role, however, Langer made the decision to not accept, instead resigning with immediate effect.

The fallout has been dramatic, with pot shots taken at the playing group for pushing Langer - who had just coached the team to a World Cup victory and a dominant 4-0 Ashes demolition of England - out the door.

In his statement, Cummins said the players were okay with Langer's intensity, but needed a new style of coaching, while he also addressed the former players who have spoken on the issue, thanking them for their input, whether silently or through the media.

Speaking to the media shortly after the statement was released, Cummins revealed he "didn't think Langer should be surprised."

"I don't think he should be surprised though," Cummins said.

"It has been two years of evaluations. In our environment, it's probably pretty boring, but we get 360-reviewed all the time, we get our strengths and weaknesses poked and prodded, trying to learn all the time.

"It has become more public in the last week or two, but I don't think it's a surprise."

Cummins also opened up to the media on the "different skill sets" he believes the team needs going forward.

"This group looking forward, there are a few things through the review process I think that we really wanted and thought it was important to get the best out of our players.

"I think the best players will benefit from a more collaborative approach. A big theme for this summer has been be more calm, more composed, and that has been really clear in the feedback. We want to take the team in that direction.

"There are so many positives to what JL has brought to the table. He is a perfect man for the times and did a fatnastic job and I absolutely loved working with him.

But I think some of these skillsets (that we need) are a little different to his traditional coaching style. He tweaked his coaching style in the last six months, did a really good job, but we think it's time for a different direction.

"It's a matter of opinion, but we think it's the right one."

The Aussie quick - who took over from Tim Paine as captain ahead of the Ashes series - was also quizzed on his thoughts regarding the replacement coach.

When asked whether Andrew McDonald would be selected as the next coach, Cummins was open to the idea.

"(On Andrew McDonald) He could do. It's not my place to speculate on who will get the job, but he has been brilliant," Cummins said.

"He is a really good people manager, and knows how to get the best out of each individual. I love working with him. I don't know about the process going forward or who is going to be up for it.

"I wouldn't be surprised if he goes for it, but in the interim, I'm really looking forward to working with him over in Pakistan."

There has been much public comment since Justin Langer’s resignation as the Coach of the Australian Cricket team.

For good reason, I haven’t made public comment before today.

I’d never do that.

I believe in respecting the sanctity of the change room and proper process.

Now that a decision has been made by Justin to resign and given his own public comments and others by Cricket Australia, I can provide some clarity.

Justin has acknowledged that his style was intense. And it was.

He has apologised to players and staff for his intensity.

I think the apology was unnecessary.

Because the players were ok with JL’s intensity.

It came from a good place – his fierce love of Australia and the baggy green – something which has served Australian cricket well for three decades.

It's what makes him a legend of the sport.

There are significant Justin Langer legacies.

And on behalf of the players, I thank Justin.

More than that, we owe him a lot and Justin will be a welcome face in the change room in the future.

So, his intensity was not the issue for the players and the support staff.

The question is: What is the best style of coaching for the future, given how the team has evolved?

We have been very well schooled in how to play cricket in the right way - in the correct Australian way.

We understand the importance of always playing to the highest ethical standards.

And the players need no motivation as I've never played with more motivated cricketers.

To be better players for Australia, from this solid foundation, we need a new style of coaching and skill set.

We welcome that Cricket Australia invited the players and staff to contribute to CA's evaluation.

I add that as professional sportspeople we would have accepted any decision CA were to make because that's what professionals do.

CA have made a brave call to transition, given the team has been winning.

Finally, we are custodians of cricket, with one very big thing in common: our first duty is to Australian cricket, which is bigger than any one of us.

I take this responsibility seriously. I live and breathe it. We also have a duty to our mates.

Many former players have reached out to me and silently offered me their advice which is welcome.

Some others have spoken in the media - which is also welcome and comes from a love of the game and their support of a match.

To all past players, I want to say this:

Just as you have always stuck up for your mates, I'm sticking up for mine.

I'm looking forward to speaking with the media today before training.