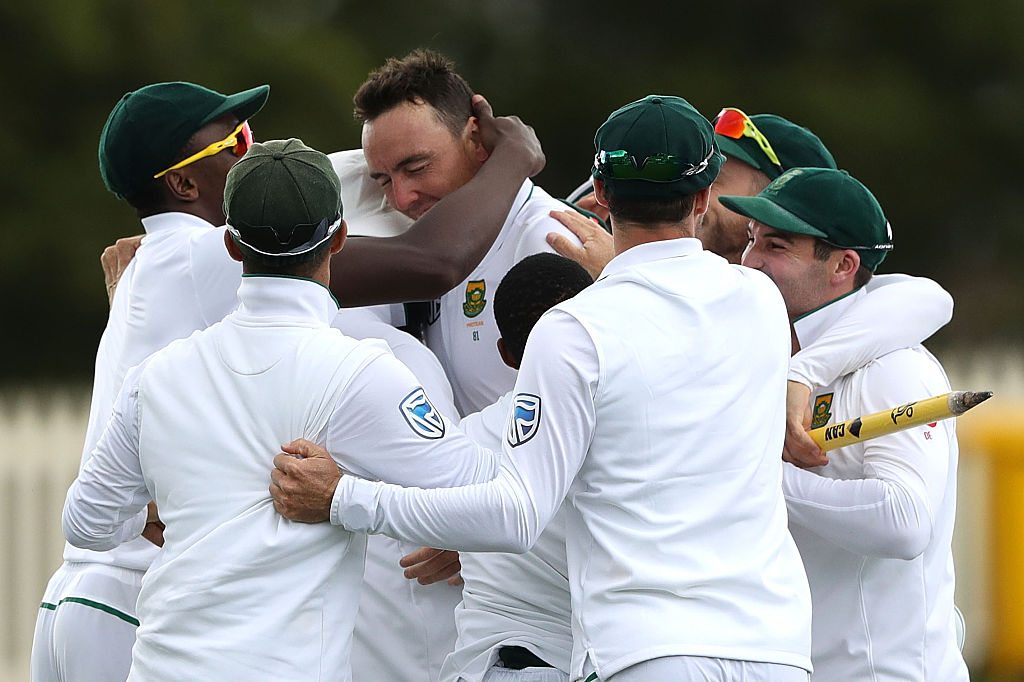 Its been 139 years since Australia played their first ever Test match, and in that time they've never been whitewashed in a series on home soil.

That record has a chance to be broken next week if South Africa can topple the Aussies in Adelaide, and Proteas captain Faf du Plessis has that at the top of his priority list.

"That's the mission for us now, we want to do that very badly," said du Plessis.

"We've got Australia in a position where they're under pressure and won't let that go.

"It's hard enough to get them in this position so we'll do everything we can to keep them there."

South Africa have been nothing short of dominant throughout the first two Tests, beating Australia by at least an innings on both occasions.

The visitors made the trip down under without AB De Villiers and lost Dale Steyn on the second day of the opening Test, but fought back brilliantly following Steyn's injury to give themselves a 2-0 series head heading into Adelaide.

"We watched on TV for so many years how hard it was for South Africa to come here and do well," du Plessis added.

"I suppose the younger guys that are looking from back here right now can see that it's possible, coming here and to an extent dominating an Australian team."

Du Plessis and his side haven't hid their celebrations following the strong series win, as the captain believes these moments are one to savour forever.

"This is something that we'll remember forever as a team and that's exactly what we came here to do.

"We want to create memories as a team together.

"We've done it a few times now but it's not done yet."