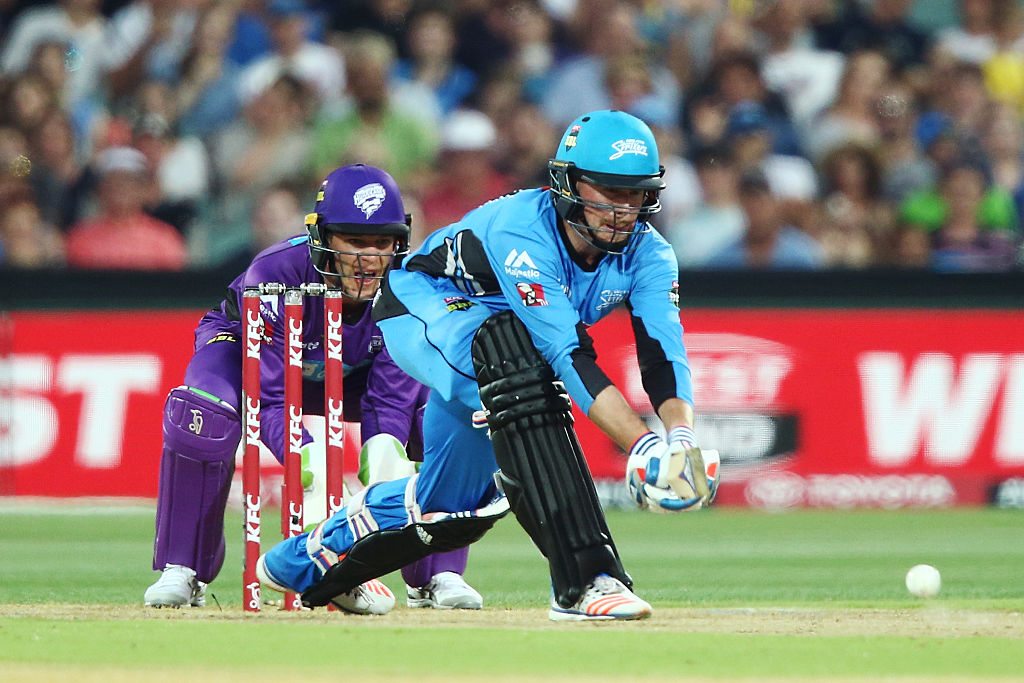 Former Hobart Hurricanes batsman Ben Dunk has come back to haunt his old side, with an unbeaten 79 in last night Big Bash to guide the Adelaide Strikers to a five-wicket win.

Dunk scored the bulk of the Strikers' runs as they chased down the Hurricanes target of 162 with just over an over to spare, while veteran Brad Hodge chimed in with 30 off 20 balls.

Earlier, Strikers' bowler Chris Jordan grabbed three wickets, while Stanlake and Laughlin claimed two scalps each, as the Hurrcianes were in trouble early at 5-30.

However, Jonathan Wells and Beau Webster ensured the Hurricanes posted a competitive total of 8-161, scoring 55 off 37 and 67 off 43 respectively.

Won the match for the Strikers with a brilliant under a lot of pressure against his old side.

Came in at a difficult time, steadied the ship, before hitting out the end of the inning for an impressive unbeaten 67.

Saved the Hurricanes from embarrassment along with Webster, hitting a half-century.