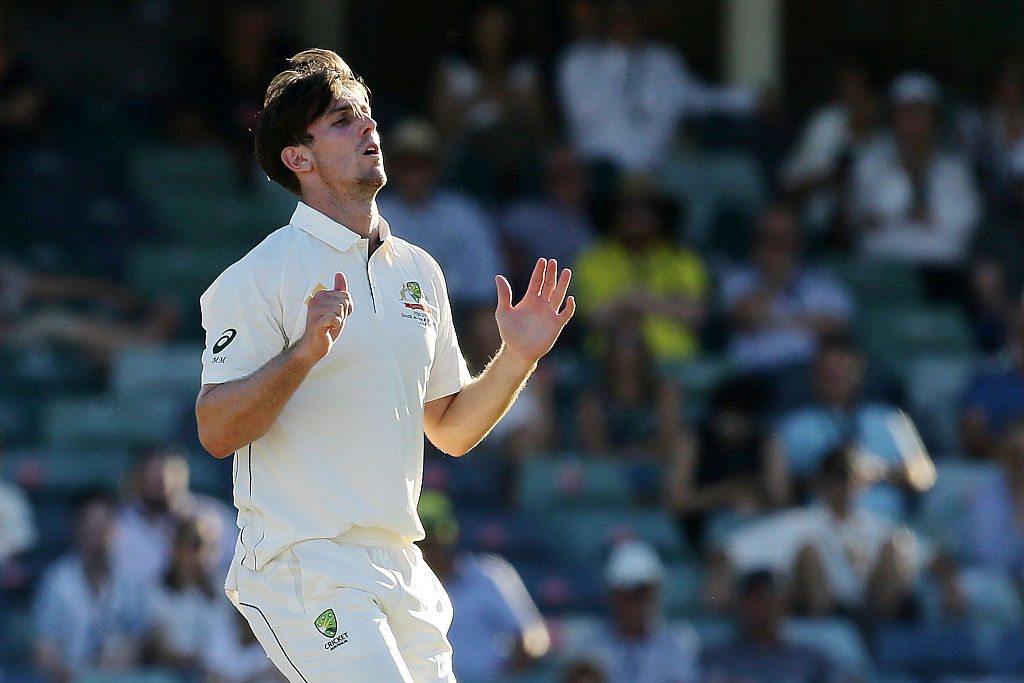 The very controversial LBW decision that saw Mitch Marsh depart the field on the final day of the opening Test has been confirmed as the right decision by EagleEye officials.

The decision was reviewed by South Africa after Aleem Dar initially said Marsh was not out, but Kagiso Rabada's delivery was set to be hitting the stumps according to the ball-tracking system and Marsh was given his marching orders.

Former Australian captain Michael Clarke was a part of Channel Nine's commentary team for the first Test, and he was adamant that the ball was sailing wide of the stumps after he initially saw the replay.

"I was certain that was missing the stumps," Clarke said.

"When you look at that replay, I thought it was definitely swinging too far and missing the leg stump.

"He'll be really disappointed with that. It has clipped his toe, then clipped his pad, and then got onto the bat. But what I don't agree with is the line of the delivery once the ball hits him on the toe ... I believe the line of that delivery is going down and missing leg stump."

Some of Australia's best ever players jumped on the back of Clarke's statement, as Ricky Ponting and Mark Taylor both had negative thoughts on the decision.

However, head of Animation Research who provide EagleEye for Channel Nine's broadcast, Ian Taylor, told ESPN Cricinfo that the tracking used for Marsh's wicket had be reviewed and was found to have made no error, meaning the dismissal was the right one.

"I talked to my guys [in Perth] and we talked to the ICC and showed the process we went through, and we're happy with it," Taylor said.

"They had a really good pitching point off the pitch, and a really good contact point on the shoe, it wasn't on the pad. They felt confident they could extrapolate from those two points to make the prediction.

"They have the choice there of saying they think there was insufficient data, but they saw it really clearly and it didn't continue out on that line [down leg], it hit the foot right in front of middle stump. We saw the impact on the toe before anyone else did, and we saw the impact on the toe with our four cameras, and our guys confirmed it with the HotSpot guys sitting with them. That's where the projection was made, the line from the bounce to the foot, to the stumps."

Taylor is happy with the decision his system made and has opened up his venue to those who still don't believe him.

Commentators, officials and even umpires have been given an open invitation to visit Taylor and see the technology in action, as that wicket still continues to divide Australian supporters.

"What surprises me is so many people can make a call straight away with just seeing the replay from the end-on view, when we're going through four super slo-mo cameras and HotSpot," Taylor said.

"That was the process they went through. I fully respect the guys who spent their whole careers out in the middle, it's an instinct they have and that umpires have.

"We definitely don't dismiss that and we take very seriously the views of those people. Our doors were open to all of the commentators to come down at lunchtime - we had people wait there because we thought someone might.

"We've also re-affirmed to the ICC and all the umpires as well that the door is always open, come on down and talk it through so we all learn from it."