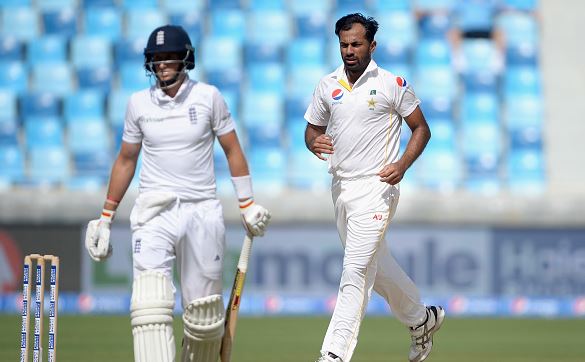 England complained to the match referee that Pakistan paceman Wahab Riaz deliberately trod on the ball during the fourth day of the second Test on Sunday, British media reported.

The alleged ball tampering took place during England’s second innings with batsman Joe Root getting involved in a heated argument with Riaz.

“Root complained to the umpires because he felt Pakistan fast bowler Riaz had deliberately trod on the ball,” the Daily Mail reported.

“England coach Trevor Bayliss visited the match referee Andy Pycroft to alert him to the incident, as Root - who was battling to save the game - and Riaz briefly became involved in a heated exchange."

Pakistan need seven wickets the final day to take a 1-0 lead in the series, with Enlgand at 3-130, chasing 491 for victory.