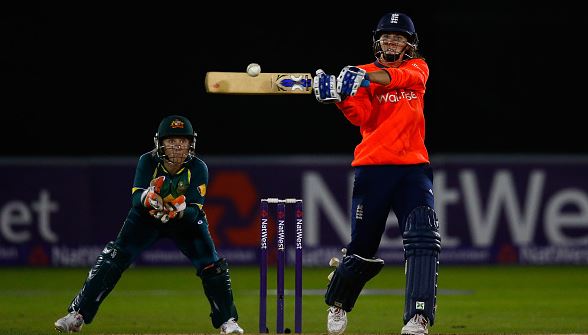 The Southern Stars' 16 game winning streak in the T20 format has been broken by an impressive English side in the opening match of the three game series.

The Aussies were sent into bat and struggled from the outset, losing Villani for just one in the second over. Perry and Lanning then put together a 45 run partnership, as they went about rebuilding the innings.

However, when Lanning was dismissed for 28, the Stars collapsed, losing a steady flow of wickets throughout the innings, including five for 27 late in the innings.

Australia was frustrated by an accurate line and length from the English bowlers, as they stifled the Aussie girls in the search for quick runs.

England cruised to a seven wicket win in reply, winning with three overs to spare.

Taylor top scored with 50, while Edwards (39) and Sciver (20) also made valuable contributions.