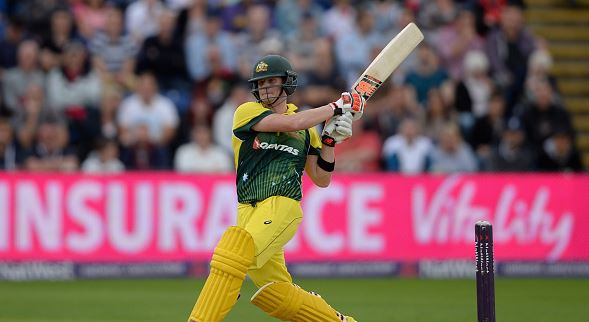 Australia has lost the one off T20 by five runs in Cardiff, despite a blistering 90 from skipper Steve Smith.

England were sent into bat by the Aussies and went on to make 5-182 off their 20 overs.

Morgan top scored with 74, while Moeen Ali made an unbeaten 72, while fast bowler Pat Cummins took two wickets for Australia.

In reply, Australia lost two early wickets, with Watson going for eight and Warner for four. However, the tourists then looked on track with Smith and Maxwell building a nice partnership.

Maxwell fell just six runs short of his half century to make it 3-124 off 13 overs. But Steve Smith continued his rampant attack on the English bowlers, scoring 90 off just 53 balls, in an innings that included seven fours and four sixes.

However, when Smith was dismissed by Willey, a collapse ensued.

Australia lost 5-14 late in the innings to destroy their chances of a win, to finish on 8-177.

The two sides will begin their five match ODI series on September 3.