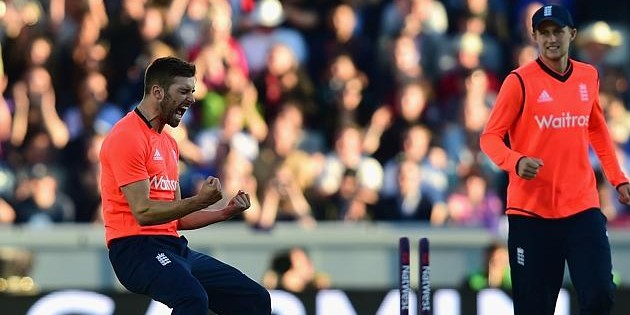 New Zealand has ended its tour of England with a heavy defeat in a one off T20 match at Old Trafford.

England won the toss and elected to bat, scoring an impressive 7-191 off their 20 overs. The hosts then bowled New Zealand all out for just 135 runs off 16.2 overs.

Joe Root was the star once again for England, scoring 68 off 46 balls, with eight fours and one six.

The Kiwis then got off to a brilliant start, to be 2-89 off just eight overs, with McCullum (35 off 15) and Williamson (57 off 37) doing the bulk of the damage. However, once Rashid got the third wicket of Ross Taylor for 17, the tourists suffered a disastrous batting collapse, to be all out for just 135 runs.

New Zealand lost their final seven wickets for 41 runs and their final five wickets for just four runs in the space of 11 balls, with their last seven batsmen all failing to reach double figures.

England will now start preparations for the first Test of the Ashes series starting on July 8 in Cardiff.

View the full scorecard at Cricket.com.au