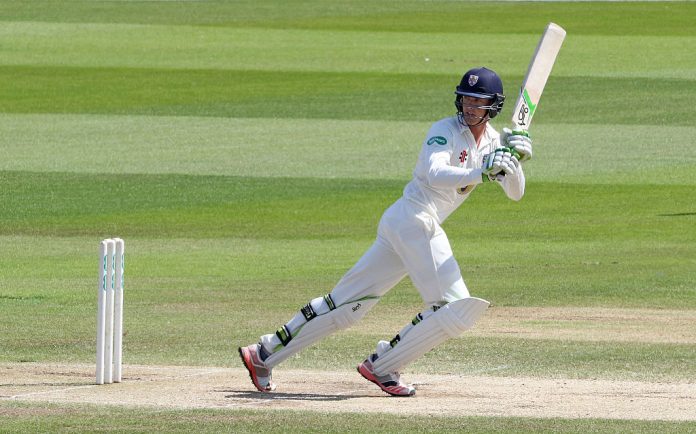 England opener Haseeb Hameed and allrounder Zafar Ansari have been forced out of the English Test side after both picking up injuries during the Test series against India.

Hameed broke his finger during the third Test in Mohali, but went on to score an unbeaten half-century in the second innings after coming in at No.8 as England were struggling for runs.

24-year-old Keaton Jennings has come in to replace Hameed, and will line up to be captain Alastair Cook's 11th different Test opening partner since Andrew Strauss retired in 2012.

Jennings was the leading run-scorer in the County Championship in 2016, scoring 1548 at 64.50, and has got the backing of former Australian Test opener Chris Rogers, who captained Somerset in the 2016 season.

"There’s a guy who’s been a standout this year in Keaton Jennings," Rogers told cricket.com.au in September.

"As an opener he has a very simple game and I like that. He plays very straight, he accumulates, grinds out runs, and makes himself difficult to get out.

"He’s actually quite tall for an opener; he’s probably close to 6’2” (188cm) and can use his reach to his advantage.

"There’s a lot to like about him. He’s looked a different player this year to what I’ve seen of him before.

"Whether (England selectors) want to see him back that up again (next season) who knows, but it’s been an exceptional season by him and you have to respect what he’s achieved so far.

"If you’re going to reward performance then Keaton Jennings (should be selected).

"(But) going to Asia to play is a much different challenge.”

Spin-bowling allrounder Liam Dawson will take Ansari's place, after after he suffered a back injury in the second Test.

Dawson made his limited-overs international debut earlier this year, and the pair will both join the England side ahead of the final two Tests against India on December 8 in Mumbai, and December 16 in Chennai.