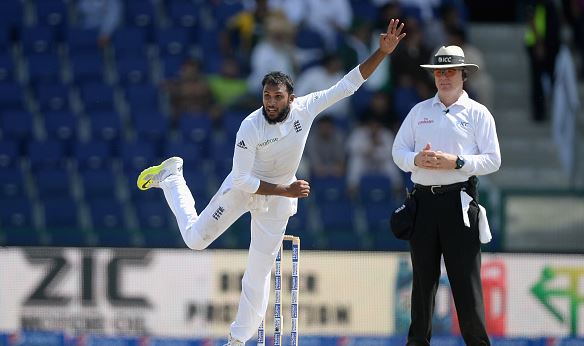 Rashid recorded figures of 0-163 in his 34 overs, as Pakistan declared on 8-523 on the second day of the first Test in Abu Dhabi.

Rashid's figures surpass the previous record, which was held by Australian spinner Bryce McGain, who claimed figures of 0-149 on debut against South Africa in cape Town.

Shoaib Malik top scored for Pakistan, scoring his first ever Test double century, before he was caught Bell, bowled Stokes for 245.

Ben Stokes claimed the best figures for the visitors, with 4-57, while James Anderson took two wickets and Stuart Broad and Mark Wood took one each.

Moeen Ali also struggled with the ball, recording figures of 0-121 from his 30 overs.