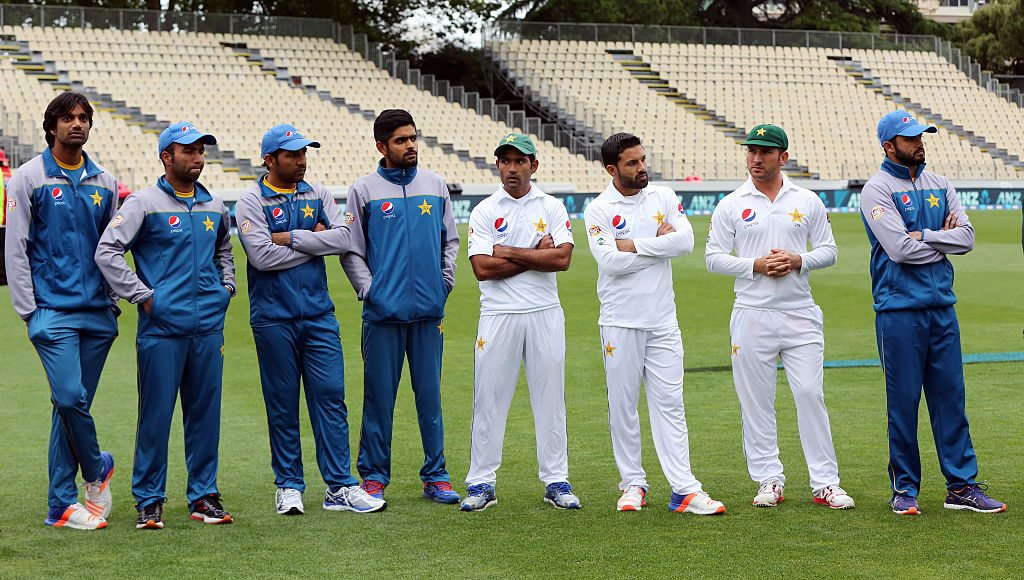 Just hours after Pakistan lost nine wickets in the final session to lose to New Zealand in Hamilton, the entire Pakistan team was fined for maintaining a slow over rate throughout the second Test.

Pakistan lost their last seven wickets for 31 runs as the Kiwi's took the final wicket of the match with just under 10 overs remaining on day five.

It was New Zealand's first series win over Pakistan since 1985, and things went from back to worse after the result for the visitors when ICC Match Referee Richie Richardson handed down the penalty to Pakistan.

Stand-up captain Azhar Ali was fined 100% of his match fee for the Test, while every teammate was fined 50% of their match fees after Pakistan were ruled to be five overs short of their over rate target.

Regular skipper Misbah-ul-Haq was banned for the second Test after he was found guilty of maintaining a slow over rate during the opening Test of the two-Test series in Christchurch.

Pakistan fell to fourth on the ICC's Test rankings, and will now head tdown under for a three-Test series in Australia that starts on December 15 in Brisbane.