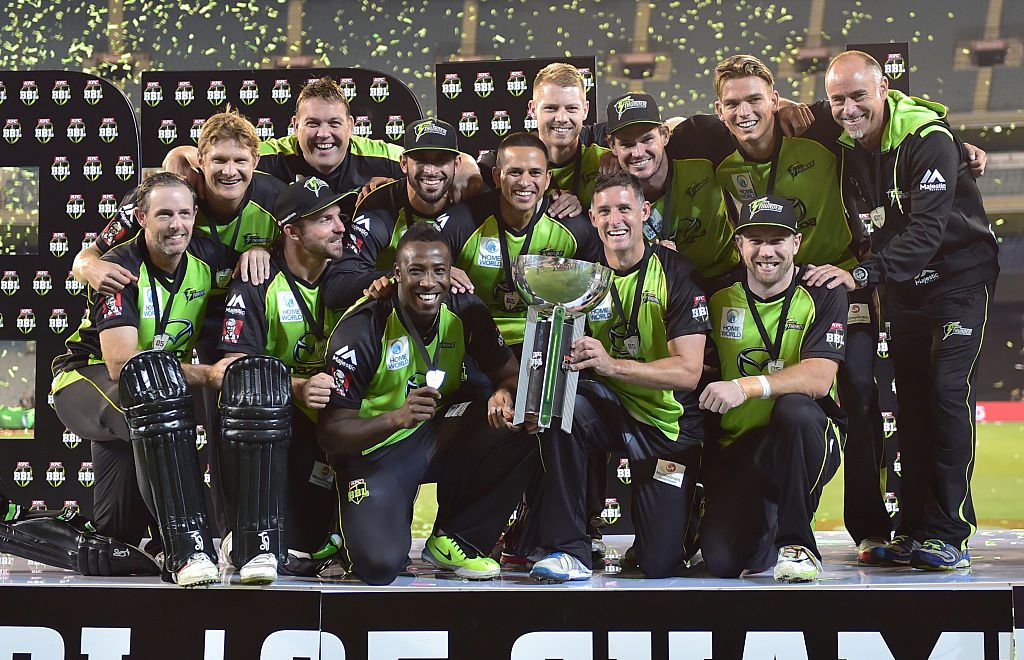 All of the squads for the upcoming BBL06 season have been finalised, so find your team's full squad below!

The Strikers have made five changes to their squad from last year, with big hitter Ben Dunk and England international Chris Jordan the headline inclusions this summer.

Captain Bendon McCullum feels like a new signing after not playing during BBL05, while Alex Ross comes to Brisbane via Adelaide as the biggest of the Heat's three new players.

Hobart made five changes to their roster, with England superstar Stuart Broad one of the biggest signings of the entire tournament.

Spinners Brad Hogg and Sunil Narine make the move to Melbourne to join the Renegades, while controversial star Chris Gayle leaving the squad.

After making the final of last season's competition, the Melbourne Stars have kept the same 18-man squad for BBL06.

Former Ashes rivals Mitchell Johnson and Ian Bell will both line up for Perth in this season's competition, as the pair will bring vast experience and excitement to the Scorchers side.

England pair Jason Roy and Sam Billings take up the two overseas spots in the Sixers side, and will be joined by Test hopeful Joe Mennie and NSW batsman Dan Hughes.

As the defending champions, the Thunder have made four changes to their roster, as England captain Eoin Morgan leadings the inclusions. The void left by Mike Hussey and Jacques Kallis will certainly be felt, but the Sydney squad led by Shane Watson is strong enough to overcome the losses.