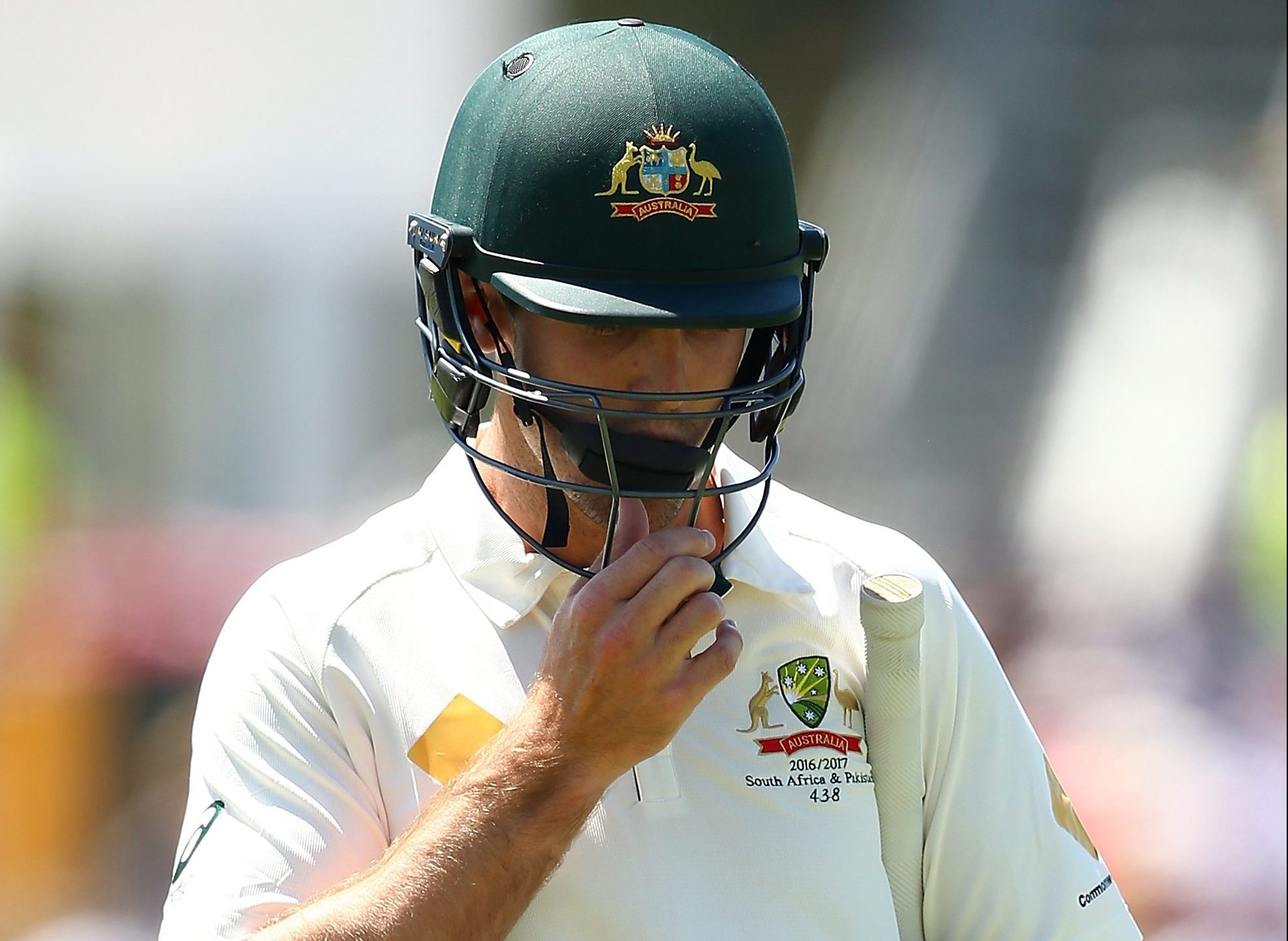 Marsh was the fifth wicket to fall for the innings, leaving Australia 5-196, chasing an unlikely 539 for victory.

Marsh was initially given not out after being struck on the pad by Kagiso Rabada. However, upon review by the South Africans, he was given out, despite the ball appearing to be heading well down the leg side in real time.

But hawk-eye ball tracking deemed that the ball would have hit the leg stump, resulting in the decision being overturned.

“I really don’t know about that,” Rogers said.

“That ball is reverse swinging and then when it continues on after hitting the pad it looks like its seamed and straightened in the DRS.

“I’m turning around to Dirk Nannes and Simon Katich and they’re both shaking their head as well.”

“I’ve got to say, sitting at the back of the commentary box, I thought Mitchell Marsh would be fine to be totally honest,” Taylor said.

“He was given not out so the technology has to prove he was definitely out to overturn the decision.

“That looks to me at best it is going to clip the stumps.

“I think he’s very unlucky. The way the ball impacted him on the half volley, it looked to me like the ball straightened rather than kept going on it’s original angle.”

I agree with Michael Clarke and Mark Taylor. That looked like it was going down leg.