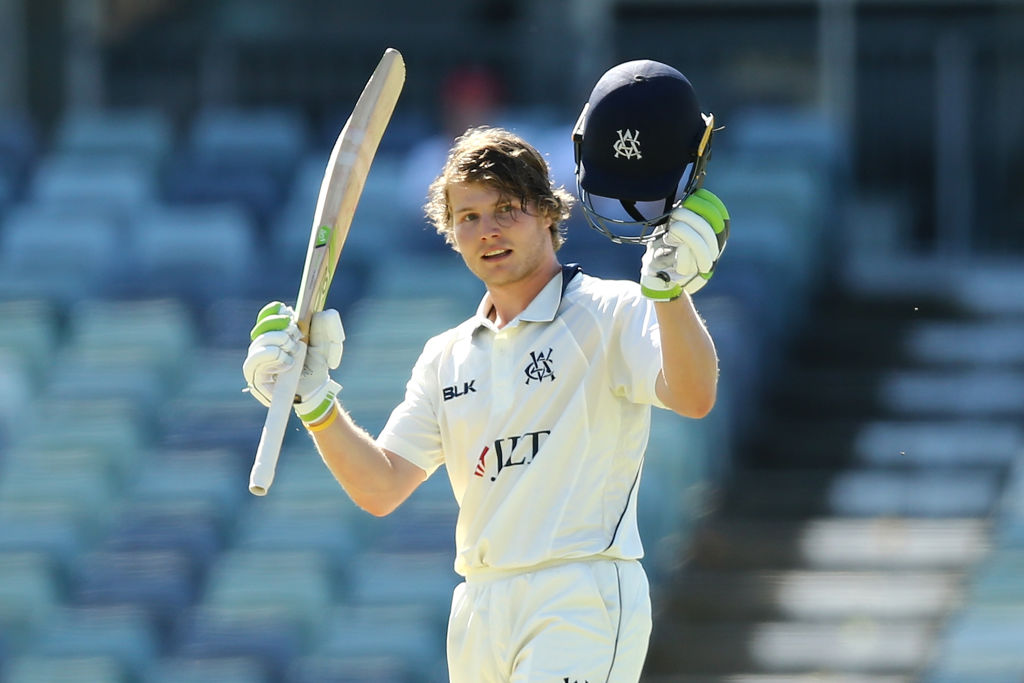 Pucovski was yesterday pulled out of Victoria's ongoing Sheffield Shield clash with South Australia following the onset of concussion-like symptoms during the afternoon session.

It was later revealed that it was brought on after being hit in the head by a soccer ball during the team's morning warm-up.

Despite it not coming as a result of batting, questions were asked after he was pulled from the game regarding his future, with the top order batsman struggling to stay on field as concussion after concussion keeps him away from the action.

Despite the calls, Victorian coach Chris Rogers said it was "far too early" to speculate.

"It's far too early to be speculating on that," Rogers said.

"I'm not a doctor, I'm not a specialist in this area so clearly he needs to talk to a few people and from there we'll assess what needs to happen.

"He's not at all unaware of the situation and the noise that surrounds these concussions.

"He's pretty aware of how this was going to play out, from that point of view he was pretty devastated and knows he'll have to face some tough questions over the next period.

"But as a team, we're going to support him with everything he chooses to do.

"It's a really delicate situation with his history and everything he's gone through.

"From here, it's going to be a really important period for Will."

It had been Pucovski's return to first class cricket from his last concussion, and while the youngster scores runs in droves, fears for his long-term safety have driven questions around his future.

It's unclear how long Pucovski is likely to be sidelined for by his last concussion.