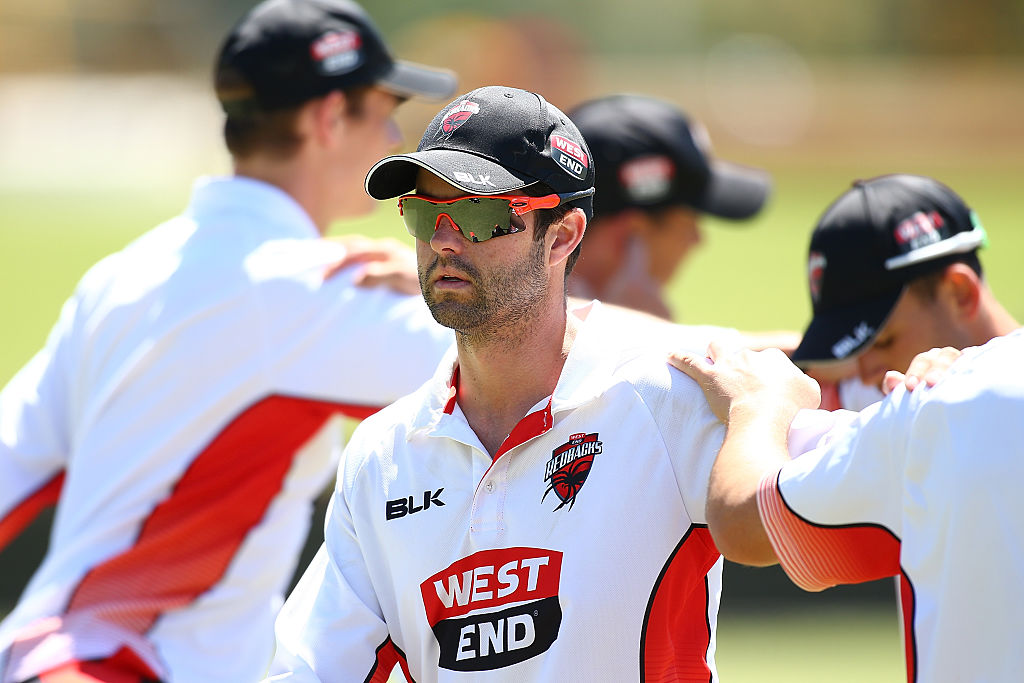 Australian selectors will likely wait until the toss of the coin to announce their XI for the second Test in Hobart, as weather conditions are likely to play a major part in the outcome of the Test.

Rain is forcasted for most of Saturday and Sunday, while Monday is also likely to bare some showers.

None of that bodes well for Mitchell Marsh.

The No.6 is under increased pressure after another poor showing with the bat in the opening Test. and has now scored only one 50 in his past 17 Test matches.

Marsh is still a big part of the team in a bowling capacity as a fourth seamer, but with the weather looking like it does, it seems as though another batsman would have a better impact on the match.

That's where Callum Ferguson comes in.

The uncapped South Australian is in line to make his debut should the selectors opt for an Aussie line-up without Marsh, and Ferguson certainly has been playing like someone who deserves the opportunity.

An average of over 37 in his last 10 Sheffield Shield contests, including a career-best 213 last summer, has Ferguson on the cusp of a debut, although he's fully aware of the circumstances.

"I think a lot of it depends on how much sunshine it gets throughout a four-day game from what I’ve seen over the journey," Ferguson said.

"It’s certainly a wicket that once you get set on you can score quite quickly because the outfield is quick and it does come on to the bat once it starts to harden up.

"It will tend to have a bit of juice in it early so you’ve got some hard work ahead of you.

"If it does sit under covers a bit there might be some tricky periods at the start of each innings for the batting side."

Further down the order, the South Australian's fellow statesman looks set for his debut too, as 12th man from the opening Test Joe Mennie is ready to fill the void left by Peter Siddle following his back injury.

Ferguson believes Mennie is the perfect player to come in for a Test in which the wicket may still have some green in it.

"He (Mennie) is a guy that finds movement on glass," Ferguson said.

"He's a nightmare in the nets, the South Australian batsmen have had nightmares about him for years.

"Certainly opposition sides in (Sheffield) Shield cricket have over the past couple of years as well.

"I've got no doubt he'd enjoy bowling on that from what I've seen so far ... if there's a bit of grass on it he'll enjoy it for sure.

"He's just so consistent and at you the whole time - he doesn't give you room to breathe as a batsman.

"And certainly that's something the South Africans will find out on Saturday or Sunday ... he's relentless, he's at you and he never slows down.

"He's got a really good fitness base and his engine is enormous, so he's the sort of guy you'd like to see in a Baggy Green because he just gives it absolutely everything."