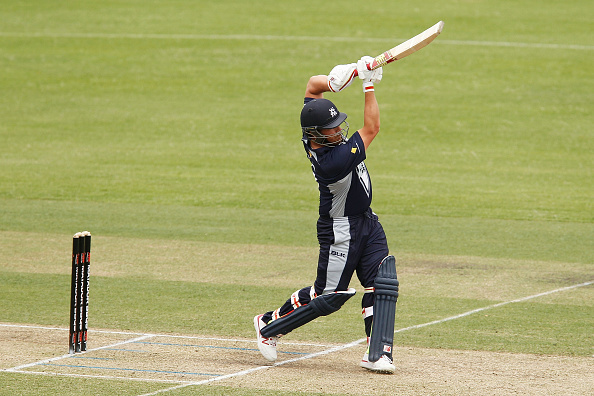 Dumped Victorian opener Aaron Finch has put in a brilliant performance against New Zealand for a Cricket Australia XI in the Black Caps' tour match at Blacktown.

Finch has scored an impressive century off 168 balls, in an innings that has included 10 fours and a six, as the CA XI reached 0-217 at tea.