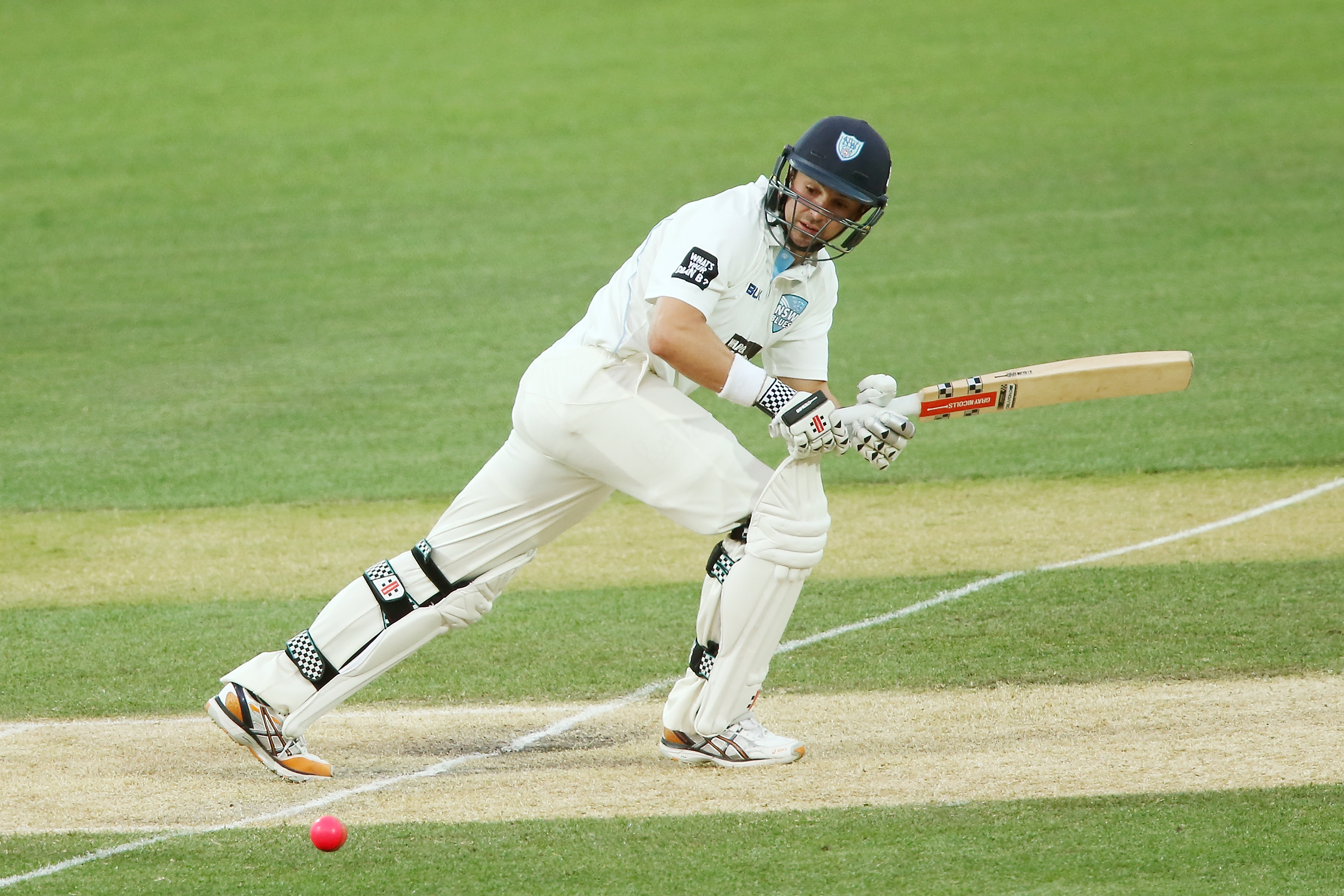 The forgotten man of Australian test cricket, Ed Cowan, has put his name back in discussions for a possible recall for the upcoming test series.

Cowan, at the time of writing, was 82 not out, as he and captain Steve Smith (100 not out) spearhead NSW to a commanding lead in their opening Sheffield Shield fixture.

He managed a solid 31 in the first inning, as NSW declared at 9/262. Only possible opening partner David Warner (77) and Steve Smith (67) outscored Cowan.

Considering Tasmania only scored 121 in their first effort, it’s fair to say batting conditions are not ideal.

Cowan also performed very well in the recent Matador Cup series scoring 356 runs across seven matches, at an average of just under 60.

He managed a brilliant 100 even earlier in the series, however topped off his series with 83 not out in the final.

The nature of his current four day score will also work in his favour, as Cowan has dug in and faced almost 150 balls to score his 82.

In the past scoring slow has been seen as a negative by fans and officials, however given the decimation of the Aussie top order in England, having a player who can leave well, and dig in is a huge plus.

Also working in his favour is the fact he has faced, and performed well against the already infamous pink ball.

Given that there is a day/night test series scheduled against the trans-Tasman rivals next month, the experience could be worth its weight in gold.

Shaun Marsh, who is arguably the favourite to partner Warner in the upcoming test, managed only 15 despite Western Australia declaring at a score of over 430.

Joe Burns and Usman Khawaja are players also in the mix to play against the New Zealanders, however they managed just 21 and 25 respectively on a pitch that could hardly be described as a bowler’s paradise.

Aaron Finch, who was recently left out of the Victorian side for their Sheffield Shield opener, turned his fortunes around and currently sits 214 not out for the Cricket Australia XI against a half strength NSW bowling line up.

Finch is yet to represent the test side and has long been seen as a short version specialist. The fact he missed selection for his state side for a debutant meant his hopes of a baggy green were all but extinguished, however that was before his brilliant double hundred.

Despite Finch’s heroics, it is the aforementioned Cowan who has best furthered his claims for a test recall.

The fact he has 18 baggy green caps to his name, coupled with the lack of experience in the Aussie top and middle order, Cowan could be topping the list of candidates right now.

Form and confidence can do wonders for a player, and Cowan seems to have both in spades right now.

His current test average is just a tick over 30, which is not good enough for an international opener in 2015, but his test experience, and his age (33) may work in his favour.

In previous articles I called for Australia to take some calculated gambles with selection for the upcoming test summer.

Khawaja, Burns and Cam Bancroft are three of the players I would love to be selected to replace Clarke, Rogers and Watson, however it’s no real use having a young player in the side coming in at one or two for very little, early in their career.

If they can get the Aussies off to a good start, with Smith adding runs at number three, you can ease the younger players in.

Cowan and Warner may be the way to go right now. The form is certainly there.