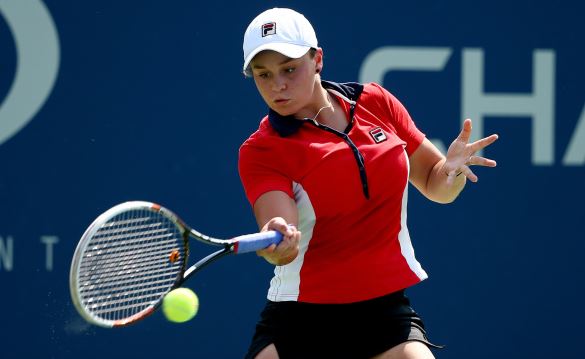 Barty was ranked as high as No. 129 in the world in singles and was an extremely highly rated junior, winning the Wimbledon Girls Championships in 2011.

The 19-year-old, who is now one step closer to completing an incredible code switch, announced she was taking an indefinite break from tennis 13 months ago, before deciding to take up cricket.

In 2013, at 17, she had a prize money haul of $US540,652, in the year that she reached three Grand Slam doubles finals with fellow Aussie Casey Dellacqua.

Despite, the tennis background, Barty seems to be a natural, scoring 63 from 60 balls and taking 2-12 from four overs playing for Western Suburbs in Brisbane's Women's Premier Cricket competition last weekend.

Her decision will be a big blow to tennis, with the likes of Todd Woodbridge labeling her a likely top-10 singles player when she burst onto the scene.