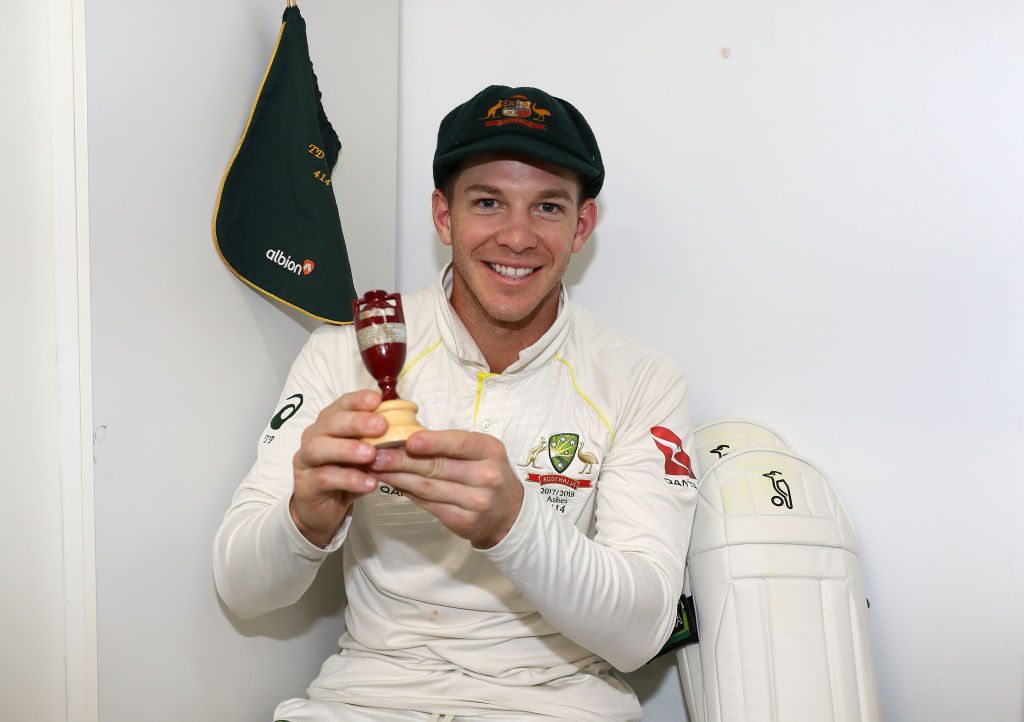 Former Australian Test captain Tim Paine has taken on a role with the Tasmanian Tigers coaching group in the resumption of the domestic cricket season.

The 37-year-old wicket-keeper/batter took an indefinite leave from cricket amidst a sexting scandal that surfaced in November, and stood down from the captaincy just 19 days out from the impending Ashes series.

While his return to play is still uncertain, Paine has still been a productive member around the squad.

Interim coach of Tasmania Ali de Winter said, his return has been well received amongst the group.

"I think he's just enjoying the re-entry into our group and just focusing on family life," de Winter delineated.

"He's been great with our young players stepping in [but] where he stands with his playing of cricket, I don't think he's really thought that far ahead.

"He's still doing his own physical training, he's not doing any batting or wicketkeeping at the moment but he's certainly present around the group."

Paine hasn't played any competitive cricket since taking part in a second XI game for his state back in November, which was intended to prove his fitness for the Ashes series.

The former Test captain was then named to play in a Marsh One-Day cup game for Tasmania on November 26, however, it was that morning in which Paine ultimately took his leave from all forms of cricket.

In other news for Tasmania, the Tigers have named under-19 World Cup sensation Nivethan Radhakrishnan in their squad for their Sheffield Shield game against New South Wales beginning Friday.

"He's got a unique gift that allows him to bowl both arms, so he allows us to think a little differently about how we would like to pick our team," de Winter said.