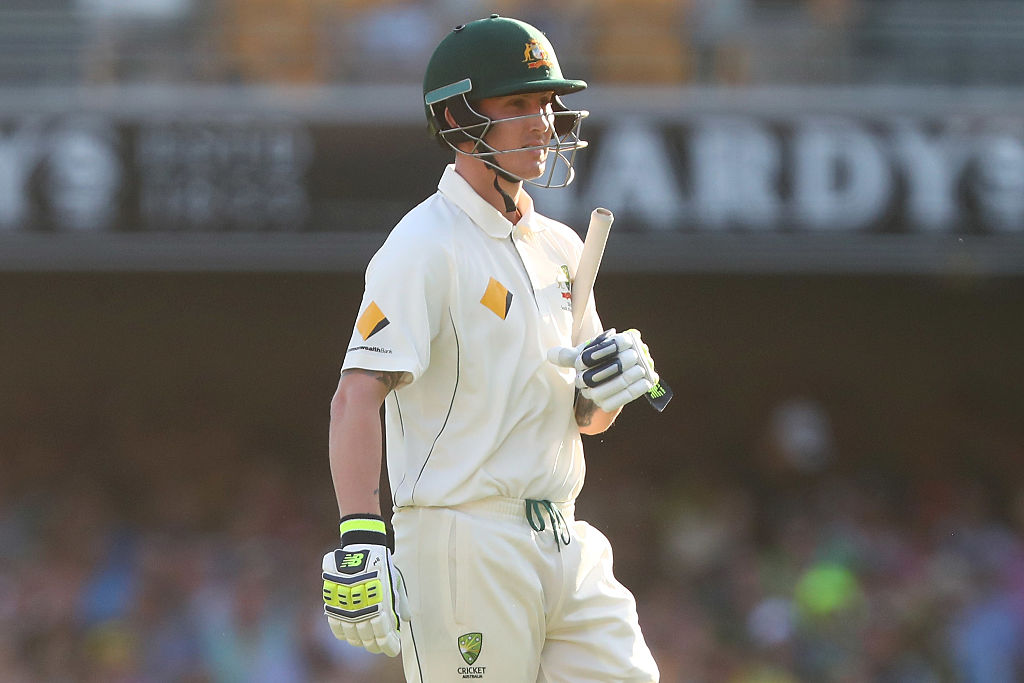 Ex-Test gloveman Bard Haddin says Australian selectors should stick with Nic Maddinson for the final two Tests of the home series against Pakistan.

Maddinson has begun his Australian Test career with scores of 0,1 and 4, but Haddin believes patience is the key for the New South Welshman.

The 24-year-old was named in Australia's Boxing Day Test squad, but all-rounder Hilton Cartwright was also added to the 13-man side, and could replace Maddinson as the selectors look to ease the load on the shoulders of the Aussie quicks.

Haddin knows that Maddinson needs to perform sooner rather than later, but he doesn't want to have already seen the end of Maddinson's time in the Test team.

“He’s been a bit unlucky, to be honest,” Haddin said on Sky Sports Radio.

“He’s got a couple of good balls, he’s (played his first two games) against two pink balls which is a bit different, so I’m glad they’ve given him Melbourne to give him the opportunity to get some runs and I hope they give him the rest of the series.

“I know (interim chairman of selectors) Trevor Hohns said when he picked this squad that you’re going to have to be patient, and Nic Maddinson is one of those players I think.

“But you can’t hide behind the fact he needs a big score.”