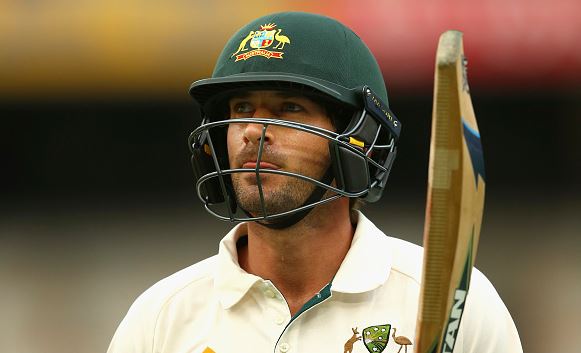 One Test is down, and the Australians have come up victorious by 208 runs.

The new era of Australian cricket, earmarked by new captain Steve Smith has kicked off in spectacular style, with plenty of Aussies impressing with the opportunity they have been given.

Who were among the best, and who will be looking to do a little better in Perth?

The man playing his first home ground Test had a fair bit to prove after getting the nod over the more fancied Cameron Bancroft, but he more than delivered what he promised, finishing with 200 runs for the match, including a maiden Test century.

Having batted his previous two tests at No. 6, Joe Burns made a more than seamless transition to opener, which may have delayed Bancroft’s debut even further.

Dave Warner loves batting at the Gabba, and he continued that love affair this time around against New Zealand, notching a century in both innings in a man of the match performance.

Warner’s total of 279 runs was far more than any other player for the match, and he took a great catch to dismiss Kiwi Martin Guptill in New Zealand’s first innings.

After a long layoff from the Test cricket, Usman Khawaja made a triumphant return to the highest level against New Zealand with an emphatic 174 in the first innings.

While he didn’t get much of a bat in the second innings due to Australia’s declaration, Khawaja more than booked his spot in the team for Perth, and looks to be another key player in the new era under Steve Smith.

While Steve Smith delivered on his promise of a new era for the Australian Cricket Team, he didn’t exactly heavily involve himself in the commencement of said era – with the bat at least.

Smith’s captaincy was good, stepping up and making two apt declarations, as was his fielding, taking the most catches of the match (bar Nevill) with four, but his scores of 48 and 1 with the bat left a lot to be desired.

Fun fact: Adam Voges was the only batsman who took to the crease who New Zealand failed to dismiss, with innings of 83 and 1 both ended only by declaration.

The 36 year-old is making the most of his stay at the highest level, with his 83 in the first innings going a long way to Australia calling time on their innings and sending the Kiwis in to bat.

Marsh’s only chance to bat was in the second innings, when he was promoted up the order to tack on some quick runs, which he failed to do, caught by Brendan McCullum for just two.

He did however, do his job with the ball, taking one wicket in the first innings and two in the second, appearing as much on the wickets list as an all-rounder should.

Considering Peter Nevill never even had to get ready and put on his pads, let alone go out to the middle and bat, all we can grade him on is his wicket-keeping, which was quite acceptable.

Nevill took two catches in each innings, dismissing Southee and Boult in the second innings, and Watling and the dangerous Kane Williamson on 140 in the first.

Johnson removed the dangerous trio of Brendan McCullum, Ross Taylor and BJ Watling in the first innings and took Jimmy Neesham in the second, equaling Brett Lee's wickets total on the way.

Mitch Starc was easily Australia's most dangerous wicket-taker for the match, taking four wickets in the first and two in the second for a total of six wickets for the match.

Starc ripped through the Black Caps’ batting order in the first innings, and was the bookend in the second, once again proving why he is one of the world’s best bowlers in all forms of the game.

Josh Hazlewood has struggled for consistency recently in his Test career and that struggle continued against New Zealand, managing just three wickets for the match.

Hazlewood was the worst of a great bunch against the Kiwis. He has youth on his side, but if he doesn’t find some wickets or economy soon, he may succumb to the in-form and experienced Peter Siddle.

After an average first innings, in which he only managed the wicket of his opposite number Mark Craig, Nathan Lyon heated up in the second, removing Guptill, Williamson and Watling, all early on in the innings.

Lyon also caught Tom Latham right before his 50 in the first innings, finishing with four wickets and one catch. All in all, a fairly respectable outing for Australia’s best turner.