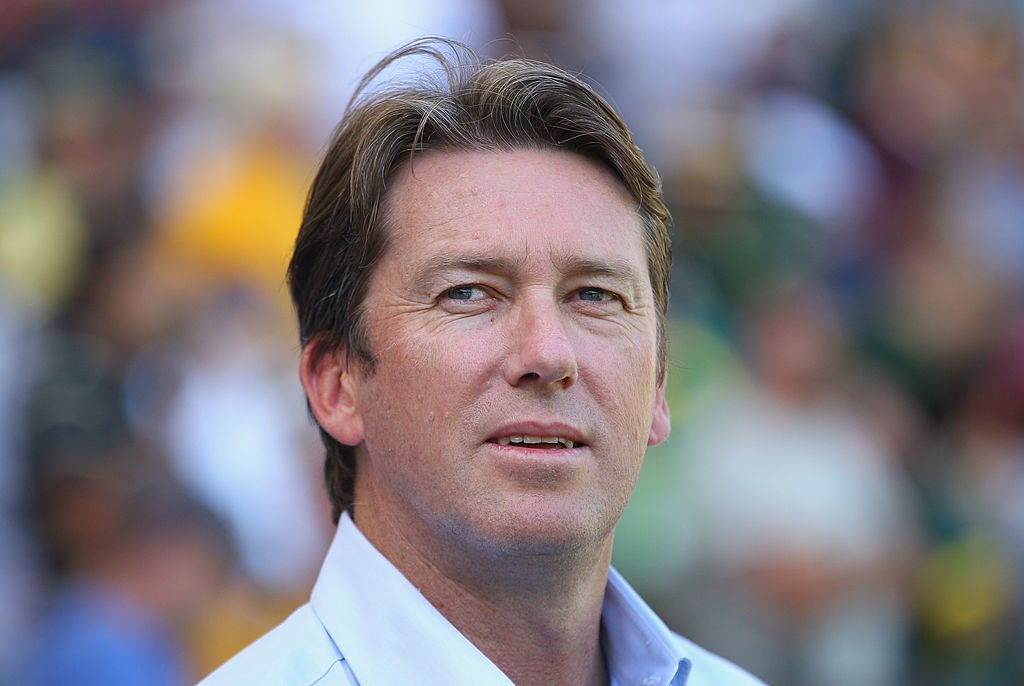 Test great Glenn McGrath has picked his Test team for 2016, and has named Indian Virat Kohli as the captain of his side.

Three Australians have made the cut, as David Warner, Steve Smith and Mitchell Starc all feature in McGrath's team.

McGrath picked this side for cricket.com.au, and said his selections went far deeper than just the numbers.

"I haven't picked it just on stats alone," he told the website. "Stats are important, but it's all about attitude, the way you hold yourself in the game, and the effect you can have on the game.

"To me that's probably more important than stats. But if you've got both, you've got the perfect cricketer, the perfect team and I'm happy with this team."

"I found the openers to be the toughest part. For me there hasn't been any real standout in the last 12 months. Dave Warner hasn't had the best 12 months, but still not too bad and his attitude and effect on the team is always pretty positive. He has a lot of energy and he's very upbeat."

"Alastair Cook has had a reasonable 12 months, as has Azhar Ali, but I found it difficult to pick four of the main batters in the team. And I noticed that Joe Root did open once this year so I've moved him into the number two position. Joe has had an incredible last 12 months ... he's the leading run-scorer for the year so he's my other opener."

"Virat Kohli is probably one of, if not the best batsman in the world at the moment. He's a quality player and I like his attitude and his aggression. He doesn't back down and he also has the ability to back it up. And I think when he's captain, it really lifts his game and I think he's do very well captaining this team."

"Steve Smith is one of the best batsmen in the world as it stands. He's not as conventional as Joe Root or Virat Kohli and he plays shots to the parts of the field you don't expect. But he's still very effective and he still get results."

"Kane Williamson is one of those guys that people say they love watching bat. He seems to have all the time in the world and he is a quality, quality player. He's easily one of the top three or four in the world."

"For me, I'd nearly have Ben Stokes in the team as a bowler. What he can do with the ball is incredible ... he's taken 33 wickets for the year, so I'd probably expect a little bit more from him. But he's also scored more than 900 runs with the bat. Averaging 45 with the bat, 25 with the ball - he's my allrounder."

"Ravi Ashwin was named the ICC Test Player of the Year; he played 12 Test matches for India and took 72 wickets, so a very well deserved winner of that title. And he scored some very, very handy runs as well."

"When he's on song, Mitchell Starc is the best bowler in the world at the moment for me. He can swing the new ball, bowls really good reverse swing with the old ball, but it's the length that he bowls (that I like). He's an attacking bowler so he can take wickets in any conditions, he takes the pitch it out of it and bowls full at the stumps and swings it."

"I've been a big fan of Kagiso Rabada from the moment I saw him bowl. He's tall, he can get the ball through at a good pace, and he just has a knack of getting the ball to bounce and take some wickets. I think he's defintely a guy to watch for the future and he will be a great bowler for a long time."

"Now for the number 11, my favourite position in the team. As much as I wanted to go for a fast bowler, I've gone with Yasir Shah. He's a quality legspinner and I like having someone who can take the ball away from the right-handed batsman. He's a wicket-taker, he averages over five wickets a Test in his career and I like having that off-spin/leg-spin combination."

"I've gone for another English player as my 12th man, as tough as it for me to pick an Englishman. I've been a big fan of Stuart Broad for a long time and he just seems to get better and better. I found it tough not to have him in the team, but I thought he deserved to be in the 12."