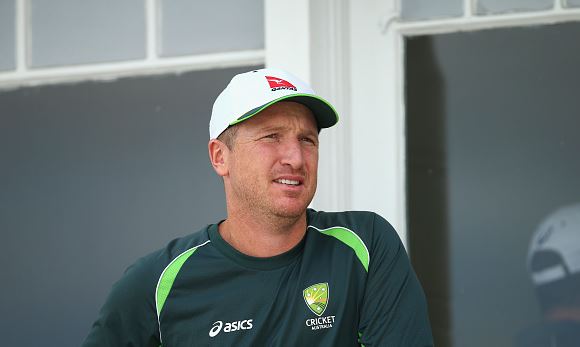 Haddin said that it was time to walk away from the game and spend more time with his family and in particular his daughter.

"To me, it wasn't a choice. I remember saying to [wife] Karina at the hospital that I'll never play again. She said there was still three Tests to go but cricket is a big business/sport and I'd put myself in a position where I was vulnerable because I walked away. I could live with that because I was needed somewhere else and it was a place that was far more important for me.

"My family needed me at that time and the reality is I was unable to take the field for Australia with the 100% focus I needed. I understood the consequences that went with my decision; I put myself in a position to lose my spot and I don't regret that, not one bit. I wouldn't change one thing because I don't regret one thing that happened.

"I came to the realisation after Lord's. I've had a privileged run, but I lost the hunger on the Ashes tour. It was an easy decision to retire."

Haddin played 66 Tests for Australia, scoring 3,266 runs at an average of 32.98, with four centuries and 18 half-centuries and was involved in 270 Test dismissals.

Haddin announced his retirement from ODI cricket back in May after 126 matches and 3,122 runs at an average of 31.53 and 181 dismissals.