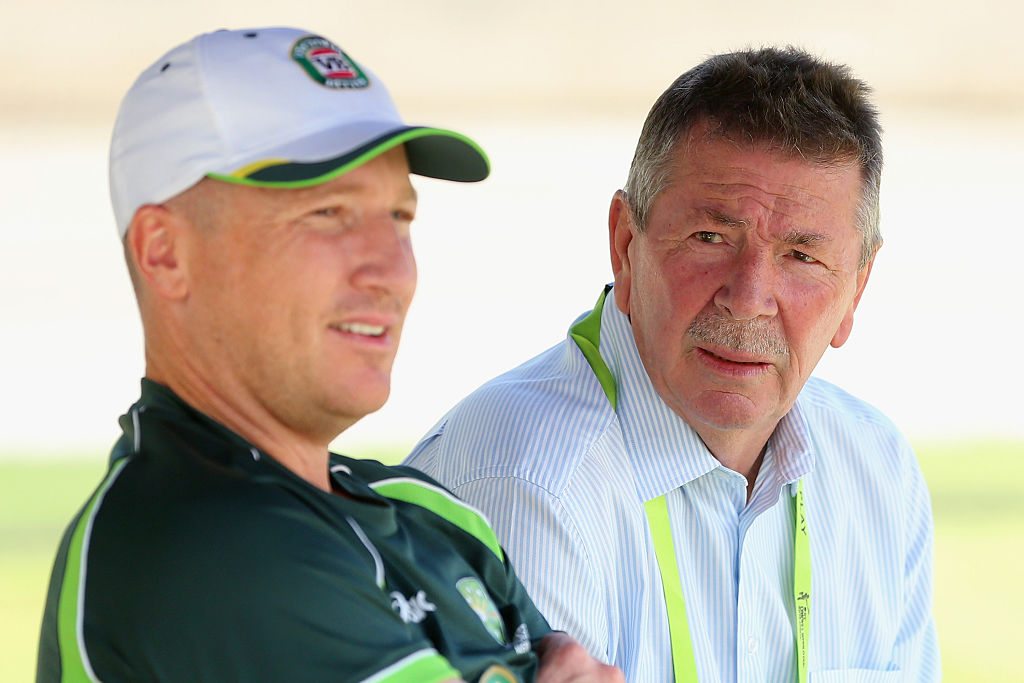 Brad Haddin has opened up his axing during the 2015 Ashes series, saying that Rod Marsh's comments to the media at the time were "the thing that hurt the most".

The wicketkeeper played the opening Test of the Ashes that year, but after withdrawing from the second Test to fly back to Australia to be with his ill daughter, Haddin was not called upon for the third Test at Edgbaston.

Instead the selectors opted to stick with Peter Nevill, meaning the first Test would make the final time Haddin would pull on a baggy green.

In Haddin's new autobiography My Family's Keeper, Haddin detailed his frustration at comments Marsh made, as he says he was never told straight to his face that he was dropped.

"The thing that hurt me the most in the whole business was a quote Rod Marsh gave to the media in response to the outcry against the decision," Haddin writes.

"As he pointed out in the same interview, Rod had known me for two decades, since I was a teenager at the Cricket Academy. He knew that the team and my country meant everything to me. In fact one of the things I am most proud of as both a cricketer and a man is the comment made by Darren Lehmann and many of the guys I'd played with that I put the team first every time.

"So reading those words from Rod, which sounded as though he was saying I would put my own desire to play above what was best for the team or for Australia, well, it was like a knife to the heart."

Haddin goes on to write that he asked Marsh twice directly about where his future lay in the Test side, but Marsh avoided the question both times and didn't give him a clear answer.

"I'm a realist; I got dropped on form, it was no one else's fault but my own," Haddin said to cricket.com.au earlier this November, two days before Marsh stood down as chairman of selectors.

"So I hold no grudges with why I was dropped, it was just probably the honesty. He never actually told me I was dropped.

"I've always been a straight shooter and (I wanted him to say) 'Brad, you've been dropped on form'. That was never said to me.

"It was only said, 'We're going to go with the same team because we had a win'. Which is fine, but he never actually said, 'Brad, you're dropped'."