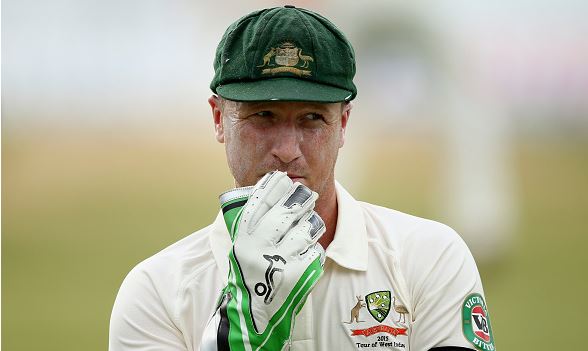 Australian coach Darren Lehmann has confirmed that retired wicket-keeper Brad Haddin will stay involved in the game through coaching.

The 37-year old is set to try his hand at state-level coaching as well as under-age level, providing invaluable experience to the nation's up and coming cricketers.

"We need him to pass on the knowledge to the next generation which will stand them in good stead".

It is expected that Haddin will do some form of coaching with New South Wales as well as the under 17 and under 19 Australian teams, with the possibility of joining up with the men's team in some capacity.

The keeper amassed a world record 29 dismissals in the 2013 Ashes series, before returning home to make 50s in each first innings of every Test in the 2013-14 Ashes series.

He announced his retirement from one-day cricket following Australia's World Cup triumph over New Zealand on home soil, before playing his final Test-match at Cardiff in this year's Ashes series, after losing his spot to Peter Nevill following his withdrawal from the side to focus on spending time with his ill daughter, Mia.

Haddin told cricket.com.au yesterday, that he is settling into a new chapter in his life.

"I'm just enjoying getting back into everyday life." he said.

"I haven't missed the game at all.

"I still love the game and I'll forever be involved with it, but it was a great time to give it away."

Haddin is set to take part in this season's Big Bash League on a full-time basis with the Sydney Sixes.

Hailed by Australian captain Steve Smith as a "mentor", it's good to see that Haddin will not be leaving the game of cricket anytime soon.