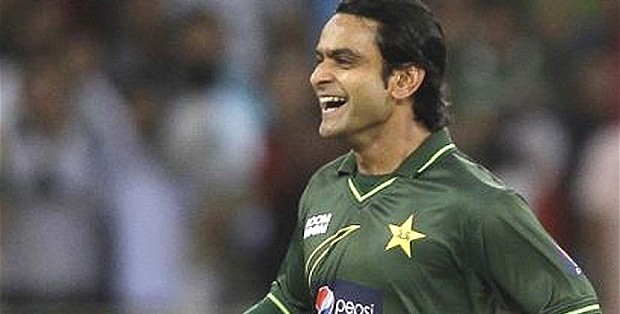 Hafeez was initially reported last September during the T20 Champions League while playing for Lahore, before also being reported last November.

Hafeez was found guilty of an illegal action during testing, with an elbow extension of 31 degrees, with the permitted level only 15 degrees.

However, his action was cleared earlier this year, after further testing in Chennai.

But now that he has been reported for a third time, if found guilty of an illegal bowling once again, he may face a suspension of up to a year.

Hafeez has 21 days to undergo testing, in which time he is still permitted to bowl in the current Test series against Sri Lanka.