Who said you can't teach an old dog new tricks?

Former Australian multi-format captain Steve Smith is back in the Big Bash League for the month of  January alongside a host of other Test players and might have just shown the national selectors exactly what they were missing when the side was bundled out of the T20 World Cup.

Australia's performance at the tournament, which was on home soil, and saw them aiming to defend a trophy they had won 12 months earlier in the United Arab Emirates with Smith in the side was, frankly, nothing short of abysmal.

Smith's non-selection in a handful of games, instead of being a permanent member of the playing 11 as he had been 12 months earlier was a constant talking point as Aaron Finch's side fumbled and bumbled their way through the tournament.

And as you'd expect too, given his quality.

While Smith doesn't have the power game of the players who ultimately replaced him in Australia's top and middle order, he did have the ability to work the ball around, never face a dot ball and hold things down in case of a collapse - which Australia was certainly prone to with a team picked almost purely of boundary hitters.

On big Australian grounds where running hard and rotating strike is even more crucial, the snubbing of Smith at various points throughout the tournament made even less sense.

But back in the BBL, Smith may have finally discovered his best role in T20 cricket, and one that, should he elect not to retire from one format of the game before the next World Cup in 2024, he could play for Australia.

The sample size for the 33-year-old is small at this stage, but without doubt, there has appeared to be a success in his move to the top of the order.

Against the Perth Scorchers, who have had their bowling attack routinely making mince meat of opposition batting line-ups, he hit a well-made 36 off 27 on a difficult pitch when 151 was a winning score, with only Josh Philippe out-scoring him.

That was then followed up by Smith taking the Adelaide Strikers' bowling outfit to the cleaners. This is the same Strikers bowling outfit who knocked the Sydney Thunder over for a record-low score of 15 earlier in the tournament - that's a record across all T20 cricket. Ever. 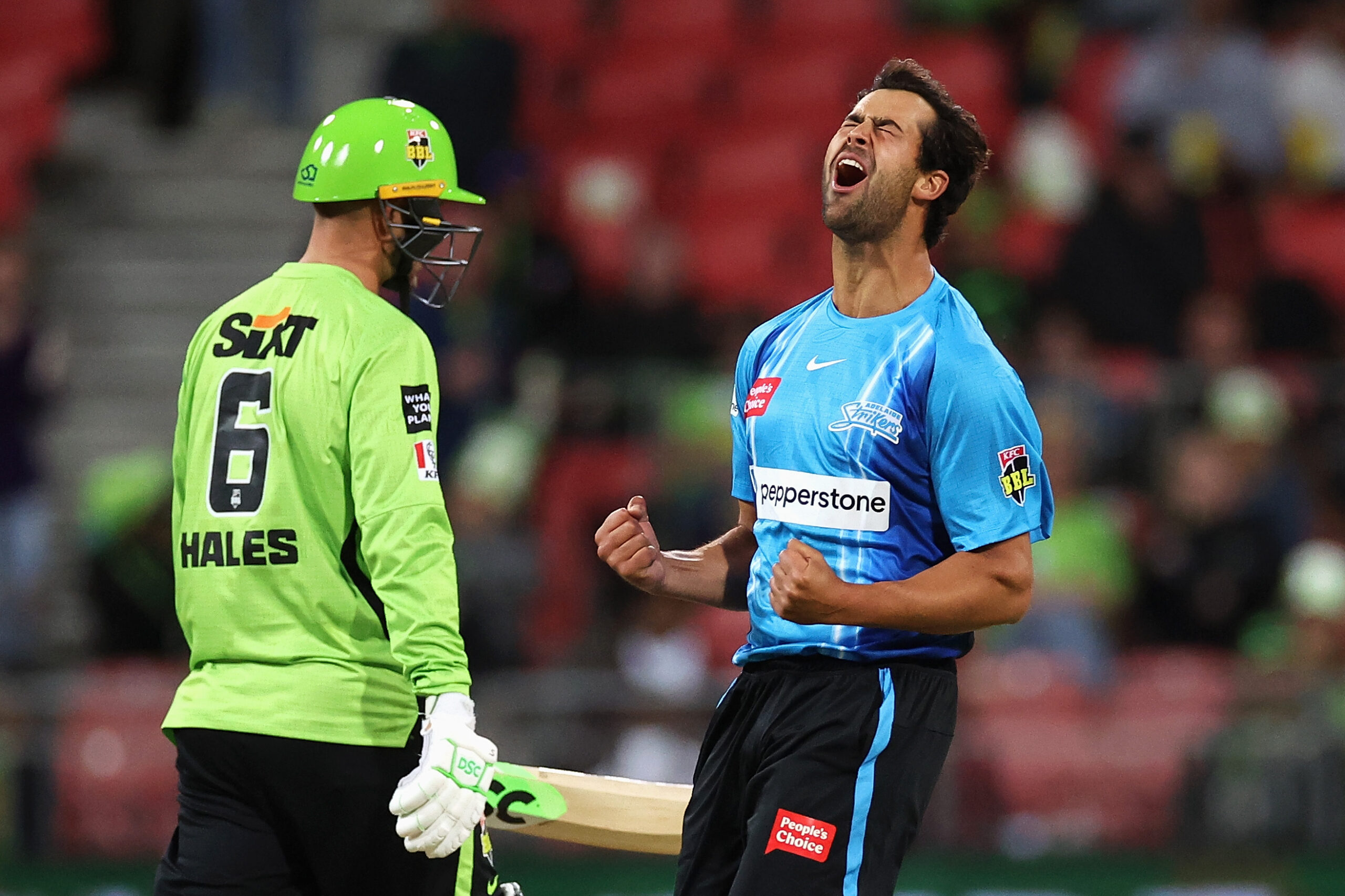 Instead, Smith made history of his own at the Coffs Harbour International Stadium, belting 101 off 56 balls before being run out to become the first Sixer in tournament history to score a century - that fact alone is almost baffling given the incredible success the men in magenta have found in the BBL over the years.

But I digress - Smith opening in T20 cricket looks like it works, and when you consider his style of game, and the way the shortest format of cricket has gone in recent years, it makes perfect sense that he would be suited to opening the batting.

That's not to say he is about to do it in 50-over or longer-form cricket. He is the perfect number four batsmen (or number three) in those formats.

But in T20 cricket, opening the batting suits Smith.

Smith is a master at finding gaps, piercing the field and keeping the strike ticking over.

The modern game isn't all hit and giggle. Bowlers are far better at their craft, and there are times when a sensible head is required to bat through the innings.

That won't be the case every time, and there will still be occurrences of Smith needing to potentially ‘give it away' once the job is done at the top of the order, but once he has his eye in, he can hit the ball with the best of them.

Spin bowling has become a huge part of T20 cricket, and of course, Smith is one of the best players of spin on the planet with exceptional footwork, only making the case stronger for him to bat at the top of the order.

The former Australian Test captain and current vice-captain won't be a shoo-in here given the form of some other openers floating around the BBL, most notably his partner at the Sixers Philippe, that of Matthew Short over at the Strikers, and Inglis at the Scorchers, but Smith is the ultimate professional.

The Australian T20 team is about to undergo an overhaul.

Finch has retired from the 50-over format and there are serious questions about whether he will still be around come the next World Cup in the West Indies and United States, while it's unclear which formats of the game David Warner will still be playing in 12 months time.

Two rookie openers could be a monumental risk heading into the campaign, and so Smith would be a way to bridge the gap between experience and inexperience, while also ensuring that there is a player always looking to tick over the strike, put pressure on bowling attacks, not soak up deliveries and provide the point of difference every team needs if they are going to beat the best in the world.

Australia was never to know Smith would work as an opening batsman without first seeing it on the domestic scene, but with a handful of BBL opportunities left, if Smith continues to score runs at the top of the order, he will bang the door down to do the same for Australia in the shortest form of the game.

And this time, the selectors can't look away.