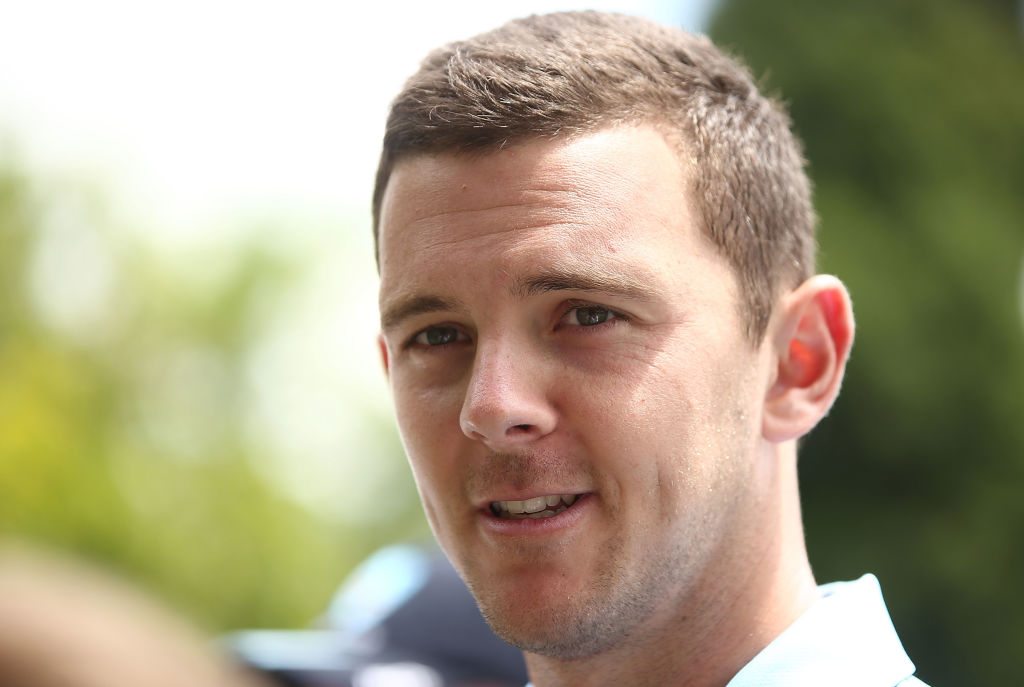 Despite becoming a regular fixture within the Australian cricketing family throughout the past decade and change, Josh Hazlewood has confessed to feeling nervous ahead of leading his nation on Saturday afternoon.

Following Pat Cummins' late withdrawal from the side following the Aussie camp's desire to avoid burnout ahead of the upcoming summer, Hazlewood was elevated to the role of interim captain at the eleventh hour.

And while the nerves were initially coursing through the Tamworth quick's body, the 31-year-old got off to a flyer, winning the toss at the Sydney Cricket Ground ahead of the second of three ODIs against England.

Hazlewood went on to play his role with the new ball, collecting 2/33 off seven overs to help steer those canary yellow to a commanding 72-run victory

The win in the Harbour City saw the hosts claim victory over the old enemy with a game to spare after cruising past Jos Buttler's men during the series opener in Adelaide last Thursday.

Speaking in the aftermath of his elevation, Australia's 28th ODI captain claimed that he wasn't too proud to admit the honour had got to him.

"It was pretty exciting and a little bit nerve-wracking," Hazlewood was quoted by cricket.com.au.

"I certainly enjoyed it and it was a bit of a challenge there while that (James Vince and Sam Billings) partnership was going. And then we got a couple of wickets and that set the game up."

Though consistency has been a hallmark of Hazlewood's since breaking into the white-ball side in 2010, the quick professed that his mind was initially elsewhere when the Australians took the field to defend their total of 280.

"I was thinking about everyone else's bowling rather than my own at the start," Hazlewood added.

"But (I eventually) got into a groove there. And then everything seemed to flow pretty well.

"Obviously, we've got Kez (Alex Carey) there, quite an experienced keeper to do all the angles with the field and different things.

"And the two spinners (Ashton Agar and Adam Zampa) have played a lot of cricket. They know their fields so I stayed out of their way as best I could.

"There weren't any times I had to step in at all or argue, so it was smooth sailing."

With a 100 per cent strike rate when calling the shots, few could chide the New South Welshman for any thoughts of putting the captaincy cue in the rack. Still, despite Cummins recently earning the reins in the wake of Aaron Finch's retirement, Hazlewood claimed another shot with the armband could soon arise.

"It's hard to say, I'm a fast bowler as well and I'll probably be missing games here and there as well," he admitted.

"We've obviously got Smith, who was vice-captain tonight, and down the chain there's another couple in the leadership group.

"There's plenty of options there and I felt even out in the middle there were a number of senior players I could talk to and get their opinions."

Both Australia and England will make the journey to Melbourne to round out the series with a dead-rubber on Tuesday at the MCG.

Australia will then play host to both the West Indies and South Africa in back-to-back Test series played between November and January.