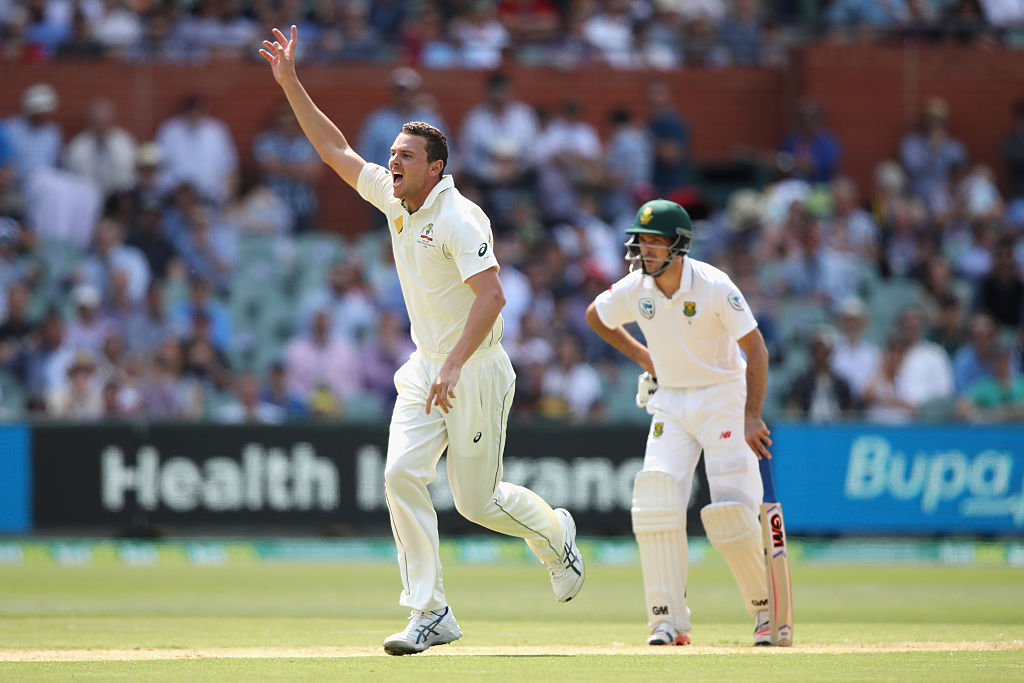 Australian fast bowler Josh Hazlewood has shot into the top five of the ICC's bowling charts, after a strong series against South Africa.

Hazlewood led all bowlers throughout South Africa's 2-1 series win with 17 wickets, going at an average of 22.05.

The right-arm paceman moved past teammate Mitchell Starc on the rankings, as Starc stays in eighth spot after a 14-wicket series against the Proteas.

Australian captain Steve Smith remains at the top of the batting standings, with Englishman Joe Root not too far behind him.

The biggest mover with the bat has been India skipper Virat Kohli, who has jumped 12 positions since the start of the England Test series, and now sees himself in 3rd place before the fourth Test in Mumbai next week.

Usman Khawaja made the biggest leap of anyone inside the top 20, moving up nine places to sit in 19th.