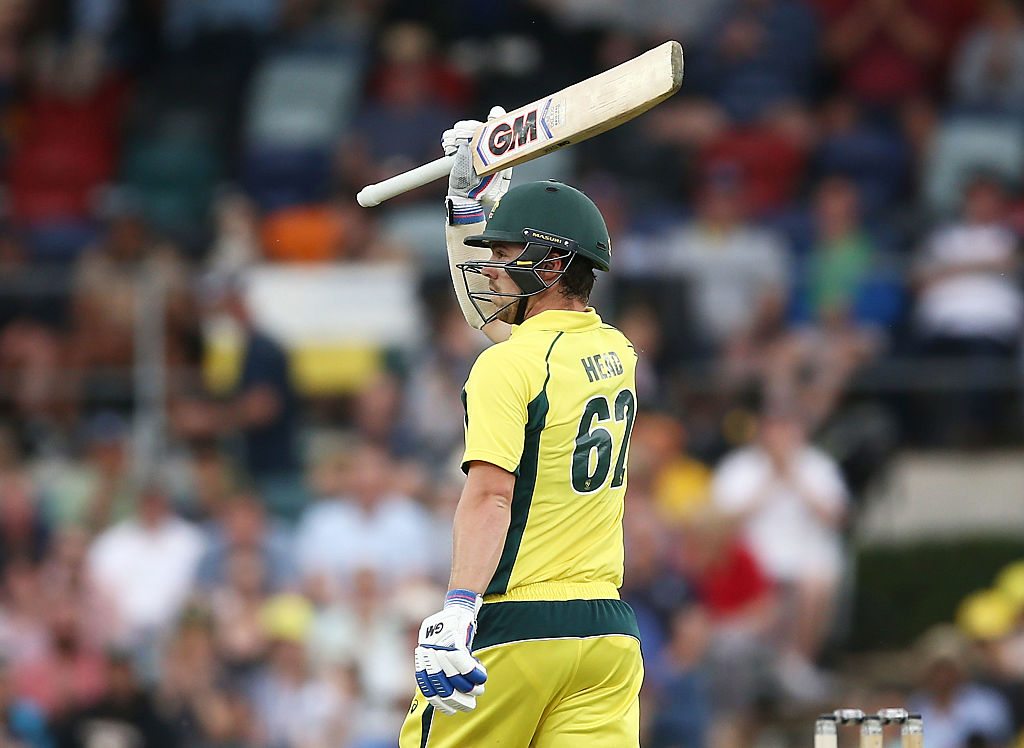 With a gap in the Australian test line-up coming at the number six position, South Australian batsman Travis Head wants to stake his claim in order to fill that role for Australia's Test tour of India next month.

Mitch Marsh, Callum Ferguson, Nic Maddinson and Hilton Cartwright all played in the number six during Australia's Test summer, but none of those men could fill the selectors' with much confidence.

Head's handy off-spin bowling could give him a boost ahead of his fellow competitors for that number six position, and it's something the Adelaide Strikers' batsman has been working on quite extensively.

"It's something that I work really hard on and I got some results this year, which has been really satisfying," Head said in Brisbane.

"In the Big Bash I haven't got the runs I would have liked ... I haven't contributed to wins with the bat but I've been able to do the job with the ball.

"Coming out of the Big Bash, it's nice to get some results with the ball because I've put in a lot of hard work over the last few months."

His Sheffield Shield form over the 2016 calendar year was quite impressive, as Head averaged over 50 from his 10 matches, and has already smashed a century in this season's competition.

Two half-centuries against New Zealand in the recent ODI series has shown Head's recent prowess with the bat, and he's hoping his recent form can push him under the nose of the Australian selectors.

"You can only do what you can do in Shield cricket, get runs and wickets and then keep performing," he added.

"In the next couple of one-day games, if I'm in the team and making runs at the right time (that will help me).

"I think we've seen with a lot of guys that runs at the right time helps.

"I'm looking forward to the next five games and trying to do my job in the side, as well as stay in the side. And then we'll see what happens."