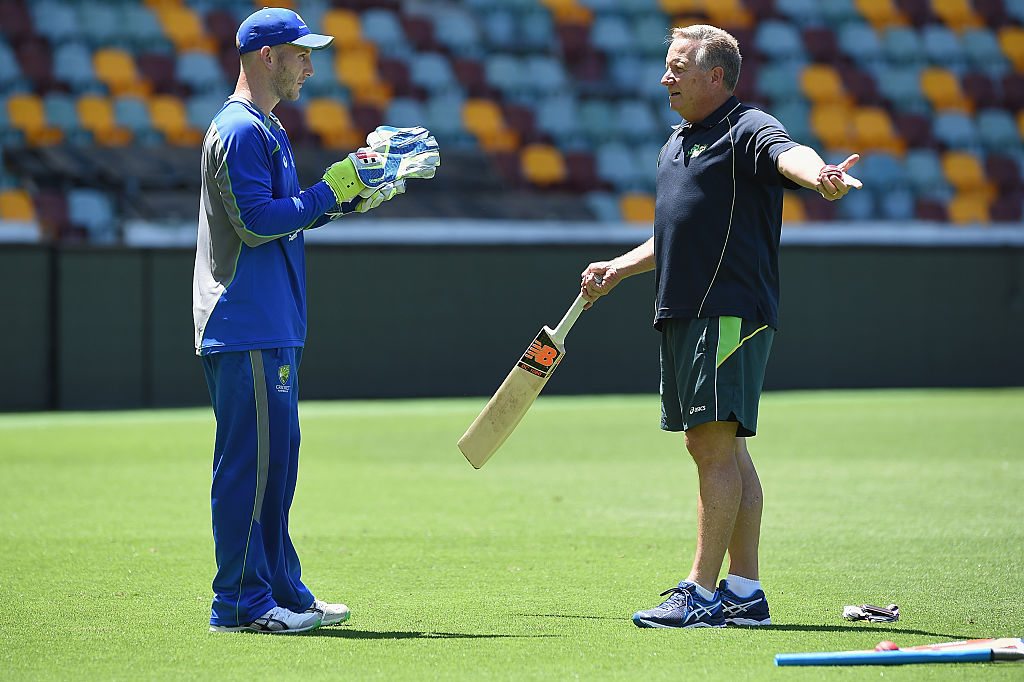 Former Australian wicketkeeper Ian Healy believes Australian coach Darren Lehmann and captain Steve Smith need to whip their side into gear ahead of the third Test in Adelaide next Thursday.

Healy sees the similarities between the current team and the mid-1980s Test side under coach Bob Simpson and captain Allan Border that undertook a similar transition to improve performances.

"The team was flogged every day," Healy told cricket.com.au.

"Catching practice, fielding drills, team stuff all the time. Batting techniques talked about. Time spent together. Don't take any time away from the game.

"These (current) guys will be extremely tired even though they haven't played much cricket, they'll be feeling so tired because it's just stress and pressure.

"They've got to deal with that. There's a psychologist there, there's coaches for coaches.

"They've got to flog them and really get some confidence into them that when they enter a cricket game they feel like they're ready for it.

"That's how you should prepare for a contest.

"You train so that the contest feels easier and that's not old school, that's sense.

"There's the problem right there. If they've gone that way and they're not developing skills through hard work, that's the problem."

Australia are certainly in need of some sort of training revamp, as their innings-and-80-run loss to South Africa in Hobart gave the Proteas an unassailable 2-0 series lead, and saw Australia lose it's fifth Test in a row.

"There's not a whole lot of experience in this team and that's like the mid-80s," Healy said.

"Eventually they picked people with temperament, like a young Steve Waugh and a Mark Taylor, myself, Dean Jones, Geoff Marsh and David Boon, who was a long-time performer for Tasmania, to get up there and be around the age of Allan Border.

"It's that temperament that's required now to fight hard, to not fall in a heap because of this but to drag a few out with you to have some fun.

"These next selections need to be (particular) types of people as well as performers.

"They really do have to look at a personality balance in that team to have a sense of humour on bad days and a sense of fun when it's going poorly or well, so that Steve Smith can just breathe and relax a little bit and not stress for everyone else as well as himself.

"Clarity of selection and support of the people you select is paramount now. I think they've got to give this team a chance to bounce back."