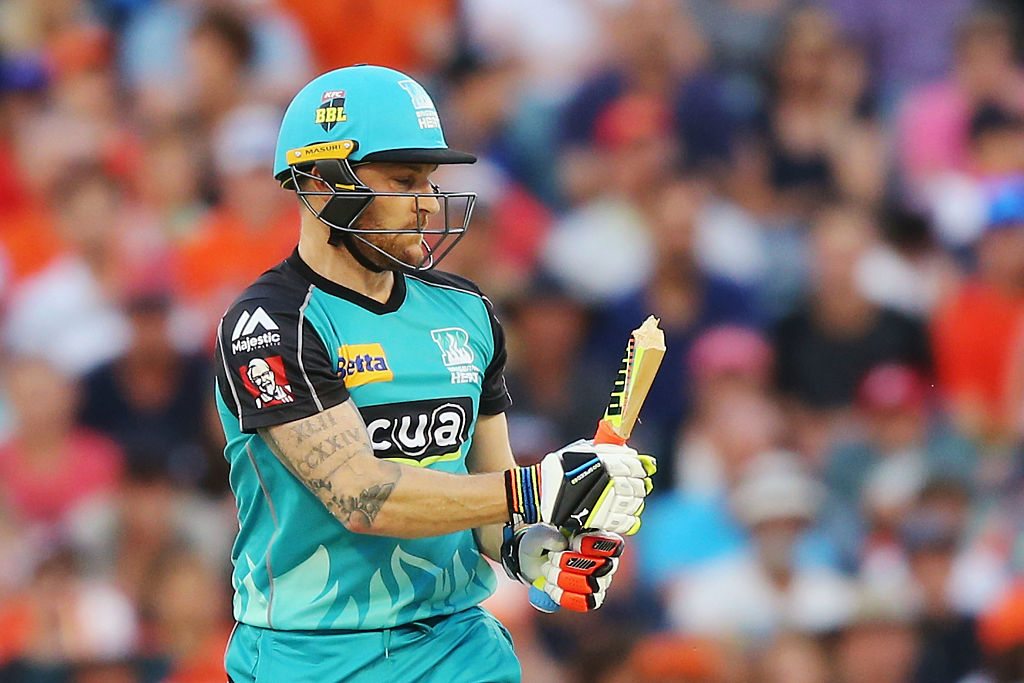 Brisbane captain Brendon McCullum is in danger of missing the Heat's next BBL fixture after a slow over-rate against the Scorchers sees the skipper facing a one-match ban.

The Heat took 96 minutes to complete their innings with the ball on Wednesday night, which is six minutes over the 90-minute allowance for each innings.

This isn't the first time Brisbane have had troubles with a slow over-rate this season, as they fell just over five minutes behind their over-rate against Hobart on December 30, which saw each player handed a $500 fine.

After already being found guilty once, McCullum does face a one-match suspension, with the BBL match committee to come together on Thursday to discuss his punishment.

"I think we were a little bit late today with it but it's pretty difficult, you kind of get penalised for taking wickets," McCullum told Channel Ten Sport following his side's loss to Perth.

"Overall, you've got 35,000 people turning up to every game, ultimately the product is going outstanding and we finished 10 minutes early any way.

"Let's see what happens but hopefully I'll be right for next game."

If Brisbane are without their captain for the next match, the Heat are likely to appeal the decision due to unforseen circumstances, given two instances that occurred during the innings.

Scorchers batsman Sam Whiteman suffered a head knock when the ball struck his helmet in the third over, which caused a delay in the match as medical staff attended to Whiteman.

Nathan Reardon also took a catch on the boundary late in the innings that was looked at multiple times before given out, which also could have played a factor in Brisbane's slow over-rate.

"I think there were some inconsistencies in that (the first over-rate penalty) but let's wait and see," McCullum said.

"I hope not because I think we're bringing a great brand of cricket to the table at the moment."