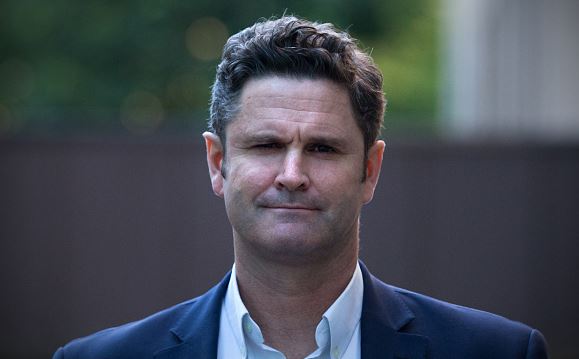 Harris, who gave evidence to the Cairns perjury trial by video link, said he was chatting to a group at a Bromley Cricket Club event, his wife Linda among them, when lawyer Andrew Fitch-Holland joined them.

Harris said the conversation switched to the topic of Cairns and his libel legal proceedings against Indian businessman Lalit Modi, which began in January 2010.

When someone asked about "poor Cairnsy" or said "what about Cairnsy?", Fitch-Holland said "he's guilty", Harris told the London jury.

Cairns, 45, is charged with perjury, and both he and and Fitch-Holland are on trial for perverting the course of justice.

It is alleged Cairns lied under oath in court in 2012 when he said he'd "never" cheated at cricket, while Fitch-Holland is alleged to have sought a false statement to support the case against Modi.

Both deny all charges.