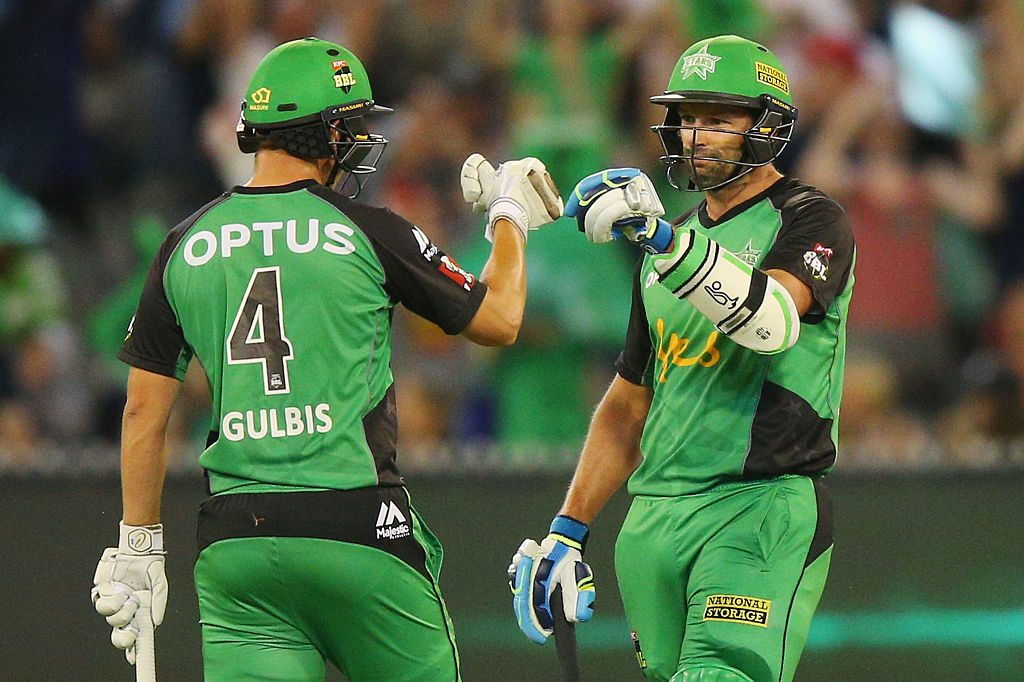 Ben Hilfenhaus came in at No.8 and wasn't expected to have an impact, but his match-winning knock of 32 from 24 balls saw the Stars claim a two-wicket win with just three balls remaining over the Adelaide Strikers.

Melbourne won the toss and followed the general rule of the BBL season so far by sending their opponents in to bat, and the Strikers' top order had mixed performances early in the innings.

Both opening batsman Jake Weatherald and captain Brad Hodge managed just 11 and 17 respectively, but 35 from opener Ben Dunk and 26 from Tim Ludeman helped the visitors manage 4/97 with seven overs remaining.

Jono Dean and Kieron Pollard combined for 35 before the pair went out in consecutive overs, and the Strikers collapsed at the end of their innings to lose 4/11 and set Melbourne a total of just 153 for victory.

Rob Quiney and Luke Wright opened strongly for the Stars, as the pair slammed on a quick fire 44-run partnership before Wright was dismissed for nine.

Kevin Pietersen came in and continued on from where the openers left off, but he was soon finding himself with new partners as Quiney, Peter Handscomb, Marcus Stoinis and David Hussey all fell within 32 runs of each other.

Pietersen was then run out on 32 with just six overs left, and it was up to the unlikely pairing of Hilfenhaus and Evan Gulbis to lead the Stars to victory.

After the 16th and 17th overs saw just eight runs come from them combined, Melbourne needed 31 from 18 and had their backs against the wall.

Hilfenhaus then stepped up and smashed 18 off the following over to put the Stars right back into the mix, and his flick over backward square leg with just three balls remaining saw him lead the home side to a very important win.

The fast bowler was the hero of the match, blasting an unlikely 32 from 24 to lead his side to glory. He also produced with the ball too, taking 2/21 from his three overs, and was even on a hat-trick.

The Kiwi international made his BBL debut after signing for Adelaide as an injury replacement for Chris Jordan, and made an impact straight away. His 2/25 from four overs was impressive, and he also took the prized wicket of Kevin Pietersen via a run out.

The towering paceman led the way with the ball for the Stars, and took the key wickets of Jake Weatherald, Brad Hodge, Tim Ludeman and Jono Dean en route to his 4/30 from four overs.