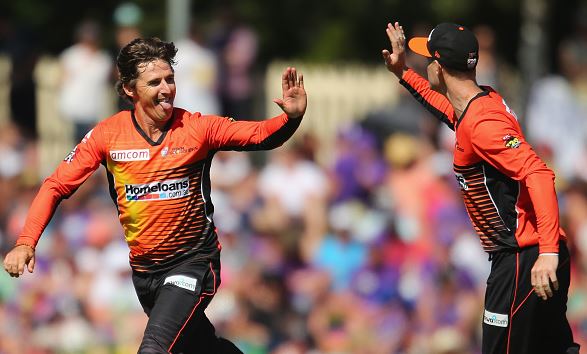 The jovial and much loved 44-year-old will play his fifth season at the Scorchers, after being Perth's most economical bowlers over the competition's four year history.

“Each year becomes more special because it can’t last forever. That’s the beauty of age; you know your strengths and don’t take yourself too seriously,” Hogg said.

“I said I’d play as long as I still have something to contribute and as long as my ageing body doesn’t  let the team down, so it’s a year by year thing for me at nearly 45.

“Thankfully, the body is holding up, I’m feeling as fit as ever, so I’m thrilled to be back for the fifth year of BBL.”

Hogg has taken 40 wickets in a 35 game BBL career.

The Scorchers announced the news yesterday via this hilarious video on Facebook.