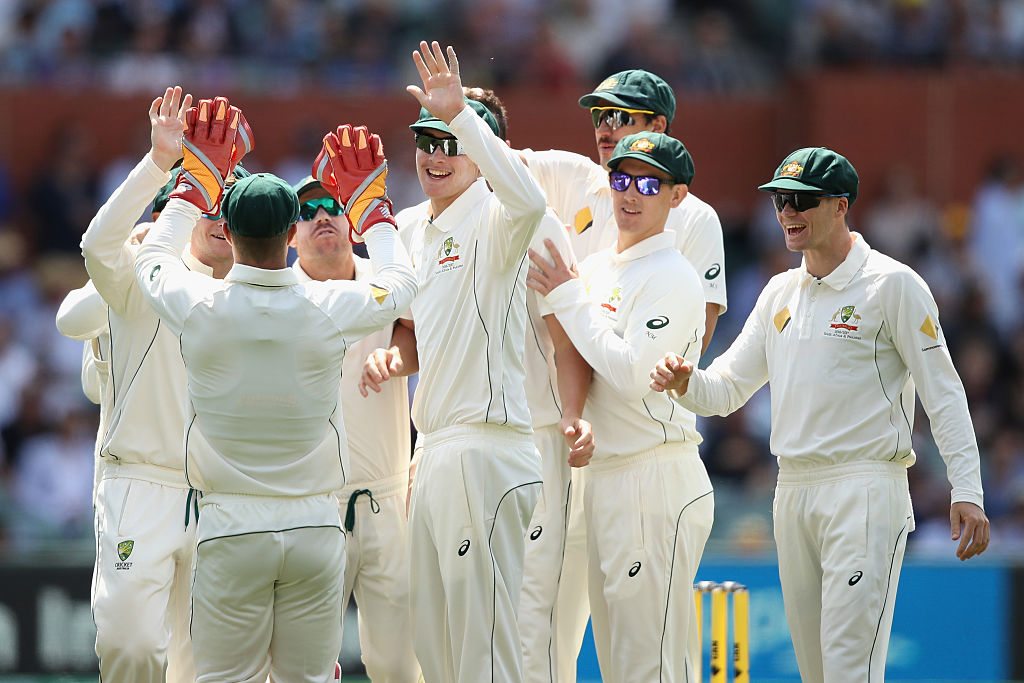 Australia and South Africa have had their moments during the opening session of the third Test, although neither side could really gain control heading into tea.

The hosts had the upper hand early on day one of the Adelaide day-night Test, as Mitchell Starc looked to have trapped Stephen Cook out front for five and an early wicket.

Replays showed that Starc had ever so slightly overstepped the line, and a no-ball was the final decision, as Cook was called back to the crease after initially taking off for the dressing rooms.

Dean Elgar was the first to depart for South Arica, as Starc kept his foot behind the line and baited Elgar into edging the ball through to Usman Khawaja in first slip.

Hashim Amla then joined Cook at the crease and the pair had a bit of fun with Jackson Bird, as Bird struggled to get his line and length right.

Amla was the next to go for five, as Josh Hazlewood continued his dominance against Amla, claiming his wicket for the fourth time this series.

Debutant Matt Renshaw took the catch in the slips, and the Australians got around him well, showing some positive signs and celebrations, something that the Aussies haven't been able to display too much of all summer.

JP Duminy came and went for five soon after, as the Proteas were struggling at 3/44 after 15 overs.

Captain Faf du Plessis came out to the crease to a mixed reception, but was mostly booed as he headed out to the pitch after a tough week off the field.

He and Cook took control of the match from that moment on however, as the pair combined for an unbeaten 45-run partnership to see the visitors take 3/89 into tea.