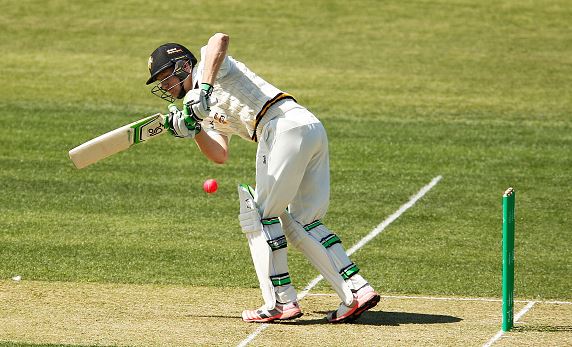 The 22-year-old was named in the Australian squad in place of injured opener Dave Warner to tour Bangladesh last month, however, the tour was cancelled due to safety concerns.

"It was really disappointing, I was really excited and really looking forward to going, and potentially getting the opportunity to play a Test match for Australia,” Bancroft told foxsports.com.au,

“But look I’m a believer that things happen for a reason sometimes.

Bancroft was the third highest run scorer in Shield cricket last season and was the star of Australia A's tour of India earlier this year. However, he missed out on selection for Australia's three-Test series against New Zealand starting on Thursday.

“I know that if I just keep scoring big runs I’m going to give myself every possible chance to put my name up to play Test cricket one day, so that’s a constant driving force for me and I’m really looking forward to the challenges that lie ahead because of it.”