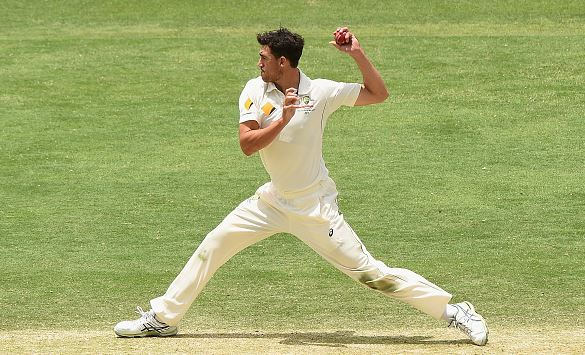 Mitchell Starc has been fined 50 per cent of his match fee after Australia's 208 run win over New Zealand at the Gabba.

Starc was fined for breaching Level 2 of the ICC Code of Conduct for Players and Player Support Personnel, after he aggressively threw a ball back in the direction of the stumps towards Mark Craig after a straight drive from the Kiwi tailender.

The throw narrowly missed Craig and then went to the boundary for four overthrows.

Starc was found to be in breach of article 2.2.8 of the Code of Conduct which cover the offence for 'throwing a ball (or any other item of cricket equipment such as a water bottle) at or near a Player, Player Support Personnel, Umpire, Match Referee or any other third person in an inappropriate and/or dangerous manner during an International Match'.

Australian captain Steve Smith voiced his disappointment at Starc's actions after the match.

"I thought it was pretty disappointing," Smith said.

"He's done it a few times and I'm going to have a word to him when I get back down in the sheds.

"I don't think it was necessary at the time and hopefully he can improve and get better from that."