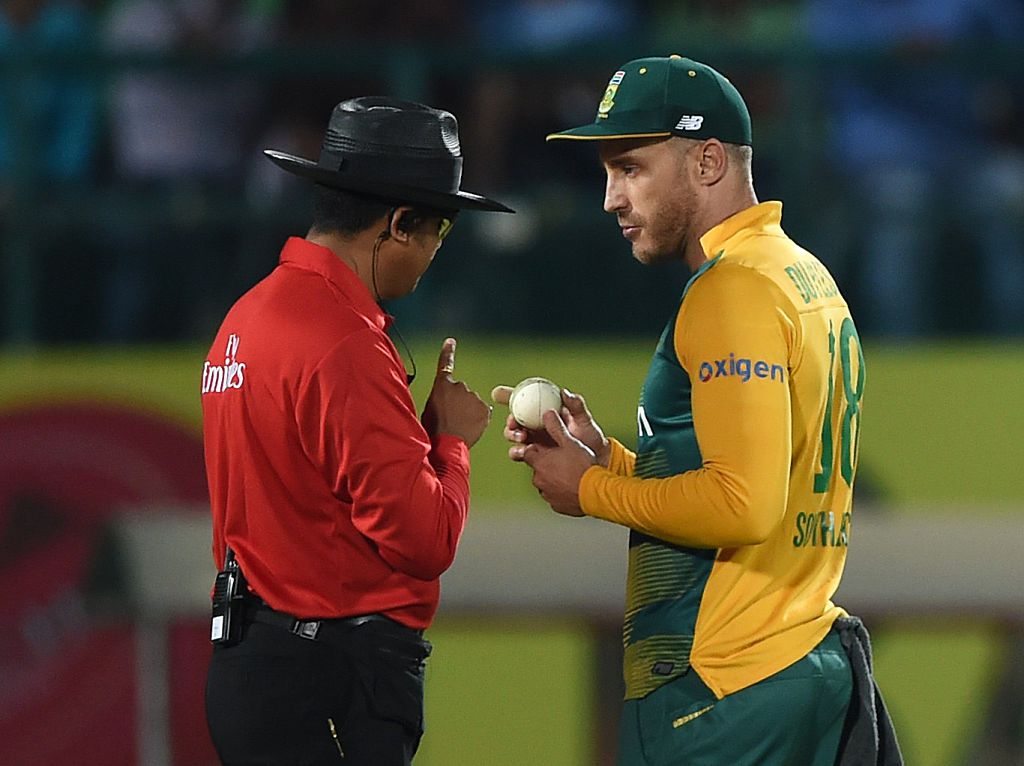 The International Cricket Council has confirmed they're looking into footage taken from the second Test in Hobart where South Africa smashed Australia by an innings and 80-runs.

During the Test, Proteas captain Faf du Plessis is seen applying saliva to the ball with a lolly in his mouth.

The footage appears to be similar to vision that emerged in 2005, when England used tactics to the same affect in the Ashes Series to enhance the ball's ability to swing.

No action was taken against England back then, however law 42.3 of the MCC cricket laws does state that a fielder is allowed to polish the ball, "provided that no artificial substance is used".

Neither umpire at Blundstone Arena reported the incident involving du Plessis, and it's believed that Cricket Australia has no intention to take the matter any further with the ICC.

"The ICC has been alerted to the footage and is currently reviewing the incident from the perspective of it being a possible breach of the ICC Code of Conduct," an ICC spokesperson told cricket.com.au.

The ICC has a five-day window following the end of each Test match in which it can lay a charge.