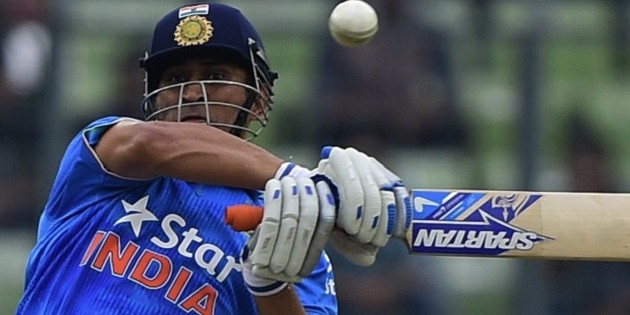 India has beaten Bangladesh by 77 runs overnight in the final ODI of the three match series.

India recorded their highest total of the series, reaching 6-317 off their allotted 50 overs, before bowling Bangladesh all out for 240.

Mustafizur Rahman couldn't quite repeat his heroics from the first two matches, but still took two wickets to finish with figures of 2-57 off 10 overs.

Bangladesh's run chase got off to the worst possible start, losing opener Tamin Iqbal for just five in the second over.

Sarker (40), Das (34), Rahman (43) and Hossain (32) all made decent contributions through the middle order, but no one could go on to make a big score, resulting in a consistent fall of wickets throughout the innings, before the hosts were eventually dismissed for 240 off 47 overs.

Raina backed up his solid performance with the bat, to take figures of 3-45 off eight overs.

Bangladesh captain Mashrafe Mortaza said that his batsmen missed opportunities to make big scores once they were settled.

"We lost too many wickets at regular intervals today. Our batsmen got in and got out. We need to learn from these mistakes," Mashrafe said.

"South Africa is coming next week. We need to be positive and fit."

See the full scorecard at espncricinfo.com