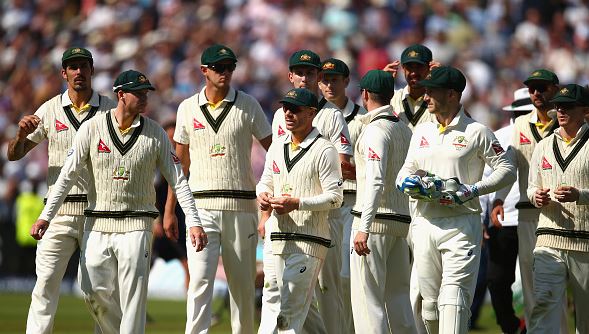 Following the unfortunate news that the Australian Test side will not be boarding their scheduled flights to Bangladesh due to fears over a potential terrorist attack, doubt has been cast over whether the series will go ahead at all.

Player safety should ALWAYS come first, and if there are any credible threats, no risks should be taken. Cricket Australia should be applauded for their actions.

It would be a real shame for not only the new look Australian side, but also the people of, and the players that represent Bangladesh.

If the tour is to be officially called off, I’d love to see the Bangladeshi players board a plane and visit us here in Australia.

I’d also be happy to see the Australian Cricket Board help fund the trip.

It’s through no fault of the players, or the Bangladeshi officials, that the tour is in doubt and it would be a huge shame for them to suffer as a result.

Bangladesh do not bring with them the name value of England, South Africa or India, but I’m sure there would be plenty of fans out there who would love a chance to see the likes of Steve Smith and Mitchell Starc take the field.

The two sides are scheduled to play just the two Tests, which could be held in Canberra and Darwin.

Although it is never cold in Darwin, the conditions would hardly worry either side as it’s still a few months away from the hottest months.

Both potential venues have grounds capable of hosting a Test match, as they both have done so in the past.

It’s unlikely a Test series against Bangladesh would sell out the SCG or MCG, but decent crowds can be expected in areas that are generally cricket starved.

Following their loss in the recent Ashes series, the Aussies need the hit out just as much, if not more, than their counterparts.

Usman Khawaja, Joe Burns and Cameron Bancroft need time at the crease to start, or in Khawaja’s case re-start, their Test careers.

Smith, Voges, Nevill, Lyon, Starc, Siddle and the Marsh brothers will want to return to the field as soon as possible to help do away with the demons that may follow them following a largely disappointing Ashes series.

Recalled players like Glenn Maxwell and James Faulkner are also looking to use the series to win back their Test spots.

Neither player has managed to lock down a spot despite opportunities in the past. Big scores or bags of wickets against an opponent not expected to create too much trouble could provide them with the confidence they need.

This series will also provide Coach Darren Leehmann with his best opportunity to see his players perform in match conditions prior to the arrival of cross-Tasman rivals New Zealand, later this year.

Bangladesh need the series to go ahead to Test their arm against one of the best sides in the world.

Australia need this series to go ahead to blood new players, or reintroduce those given the task of returning us to world domination and prepare for the future.

Ideally, the series will go ahead as planned, in Bangladesh, but if that cannot happen, I’d hate to see the series fall apart when both sides could very easily organise a series in Australia.