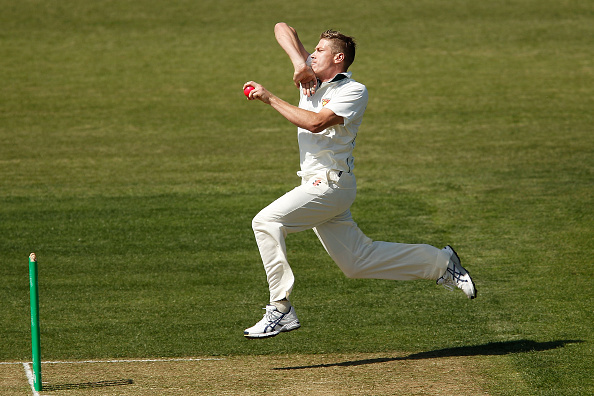 The Australian selectors' obsession with a customary all-rounder in the Test team has at best, drawn fruitful results, but at worst, been a downright nightmare.

The pressure to deliver with both bat and ball on the Test stage is often too much, with the result usually being no more than another part-time batsmen or bowlers.

Sadly, Australia’s latest venture at this position, Mitchell Marsh, looks much the same story as many of the other tried and tested all-rounders.

Through 10 tests, Marsh has a batting average of 23.7 and a bowling average of 32.7 and despite an 87 run innings and a five-wicket haul to his name, his time to break even is running out.

Can Marsh afford one more less than brilliant performance against a vastly under strength West Indies side?

If the answer is no, who, if any, of Australia's all-rounder options should take his spot in the Test side?

Names such as Marcus Stoinis, as well as the previously capped Stephen O’Keefe have been mooted as potential replacements, but the top pick should surely be James Faulkner.

At just 25, Faulkner is only one year older than Marsh, and has also already made his Test debut – playing once against England at The Oval in 2013.

In said match, he made a fairly pedestrian 45 runs, but took a spectacular 6-98, including 4-51 in the first innings.

He has strangely never been sighted in Test cricket since. His presence in the ODI team however, has been invaluable.

With a batting average of 43 and a bowling average of 30, as well as four man of the match awards to his name, he has been a permanent fixture in the side since his debut in 2013.

While one-day cricket is obliviously a very different beast to Test cricket, this kind of form cannot be ignored.

His record in first class cricket is not to be sneezed at either – a batting average of 32 and a bowling average of 24 for Tasmania show that Faulkner is the all-rounder that Australia has been searching for - both of which, by the way, are better than Marsh's averages.

His rise to the cult hero status as ‘The Closer’ for Australia’s one-day team may have hindered his Test consideration, but with Mitch Marsh’s recent Test form, now seems the perfect time to bring Faulkner back into Test cricket.