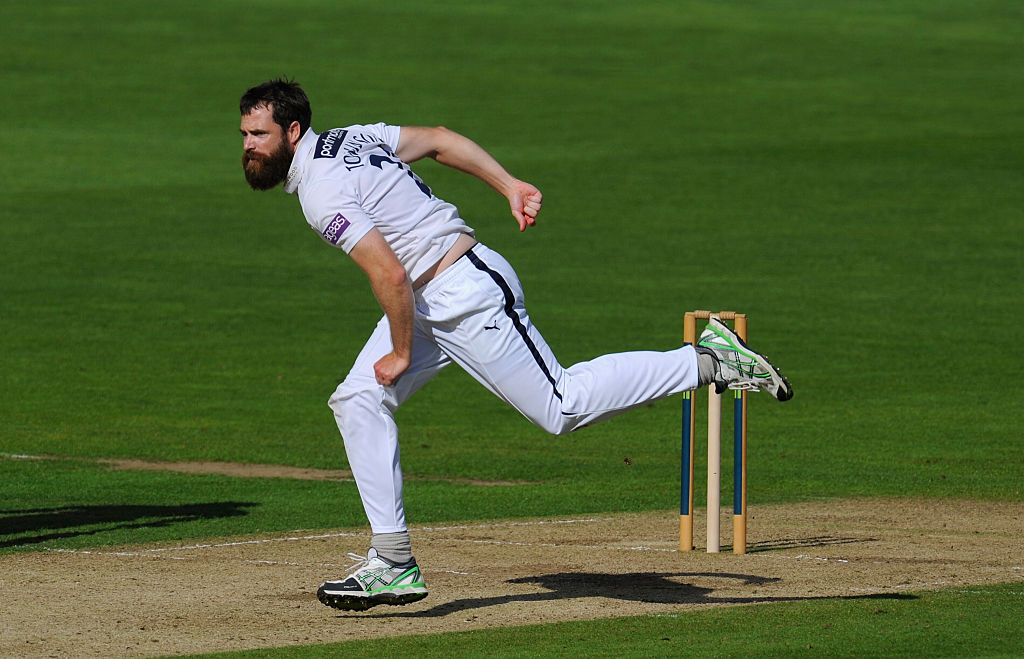 The 34-year-old Hampshire left-armer yesterday announced his retirement from cricket after a 14-year career, via a hilarious statement on the club's website.

“I remember years ago watching a nature documentary that followed a pack of wild dogs on a hunt, Tomlinson wrote.

“At the front of the pack there were the young and keen dogs who couldn’t wait to get stuck in, then in the middle were the experienced, healthy dogs who knew what they were doing and held the pack together.

“But I will never forget the image of one old dog at the back of the pack trying to keep up. He had half a leg missing and an ear hanging off from what must have been years of previous battles.

“When he finally arrived at the scene all that was left were scraps ... Although I was once both the young dog at the front and the healthy dog in the middle I feel now is the right time to head back to the den.

“I now have the opportunity to do just that and look after all the young dogs coming through. A job I already love and cherish.

“It’s been a privilege to play first-class cricket for Hampshire and I would like to thank ... My brothers, Hugh and Ralph, and Wasim Akram. All the coaches and captains that have picked me. The physios and fitness coaches who have kept me going.

“The Hampshire members and the rest of my family for their constant support. My bowling partners who showed me what was required for first-class cricket. The slip cordon and the Dukes ball.

“However I would most like to thank the opposition batters who somehow for over a decade missed the straight ones and nicked the half volleys... to you all I will be forever grateful!”

Tomlinson took 419 wickets in his first-class career at an average of 31.83.

He was the leading wicket taker in the 2008 First Division of the County Championship.

Countless teammates, former players and opponents took to Twitter to commend Tomlinson on his career and brilliant retirement statement.

This could be the greatest retirement statement in the history of English cricket https://t.co/IYtWEhMs4x

Congrats on your career tommo! One of the funniest men I ever had the privilege of playing with! #TheBeard https://t.co/EyfGn6vlV8

What a pleasure to have played alongside and shared a dressing room with this guy for the past 8 years. LEGEND https://t.co/Q2j9x090su