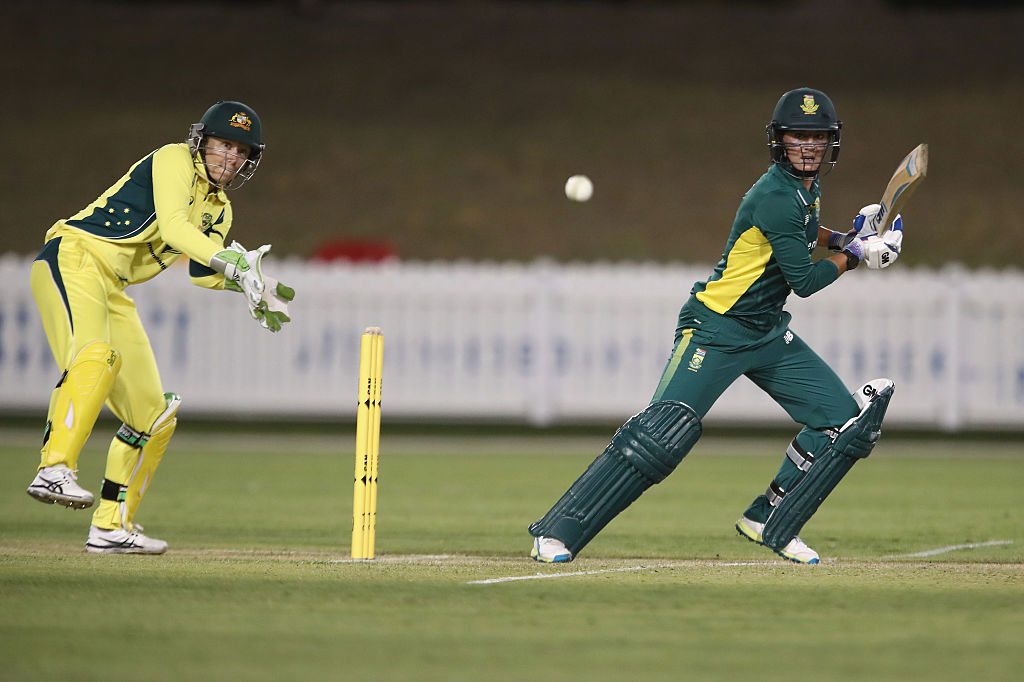 The Southern Stars and South Africa played out a thrilling ODI tie in Coffs Harbour on Sunday, as neither side could do enough to win the game late.

South Africa needed eight runs from the final over to claim the victory, but a run-out on the final ball saw both teams finish on a total of 242.

"I guess I'm very disappointed after the way we played.

Van Niekerk and Marizanne Kapp put on a brilliant 144-run fifth-wicket partnership to keep the Proteas in the match, after the visitors started the contest losing 4/40.

"We felt like we were out of it, to be honest," van Niekerk added.

"We said we'd just try and get a partnership going, we went slow at the start and when it felt like we had to up the tempo everything fell into place nicely.

"'Kappie' was hitting the ball really nicely, so I just tried to feel her. I never really felt in, so I just let her go and it worked out really well."

South Africa are still looking for their first win against Australia, and they'll get one more chance during the fifth and final ODI on Tuesday in Coffs Harbour, which will host their second consecutive match after the tied result.

Australian batter Elyse Villani said her side were off their game a touch, and their performance showed with the result.

"We were disappointed not to come away with the chocolates today," Villani said.

"It ebbed and flowed a lot throughout the game but we were probably 20 runs short with the bat.

"We knew we had to have our best bowling performance (to defend that) but we didn’t quite get that today, a draw is better than a loss but we're certainly disappointed with the result.