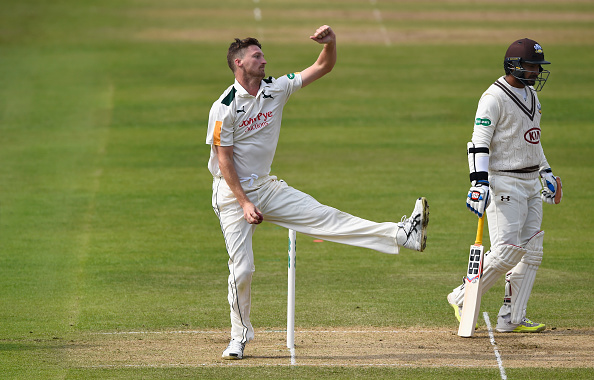 Australian paceman Jackson Bird has impressed with four wickets on his debut for County side Nottinghamshire.

Bird finished with figures of 4-56, as his side dismissed Surrey for just 225 on day two at Trent Bridge.

Earlier, Nottinghamshire scored 446 thanks to a century from Mullaney and half centuries from Wessels, Patel and Read.