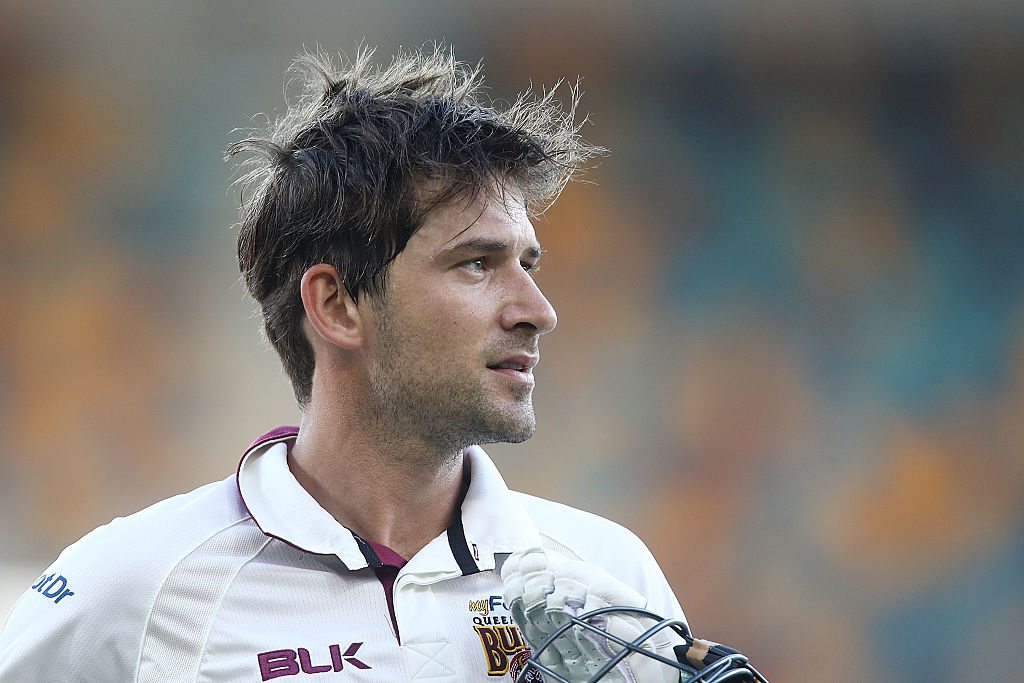 Test hopeful Joe Burns had to cancel a surfing trip on the Sunshine Coast after he was named to the extended Australian squad for the second Test in Hobart.

Burns wasn't originally in the minds of selectors after he was left out of the 12-man squad for the opening two Tests, and therefore booked a getaway, although he's got to change his destination from Queensland to Tasmania.

"I had three days up the coast surfing booked," Burns said.

"I guess now I am going to the coldest place in the country.

"But it's always a nice feeling to play for your country, to get that chance to sing the national anthem – I can't wait."

Despite getting a possible call-up Burns has mixed emotions on his elevation to the Test squad, saying it's never quite as fulfilling when you replace a player through injury.

"It's unfortunate to get into a team through injury," Burns said.

"I love playing with the boys in the side, that's what makes it so challenging – getting an opportunity after seeing one of your mates miss out.

"I really feel sorry for Shaun. I felt he was batting really well – there were big scores coming for him, that's the most disappointing thing.

"Hopefully he gets back real soon and continues that form."

The 27-year-old was was somewhat unlucky not to make the original squad given his prowess with the bat in the opening round of the Sheffield Shield (Burns made 129), but he's aware that more of the same in Hobart is needed if he's to cement a spot in the Australian Test side.

"I missed out in Sri Lanka and my last Shield game (against Victoria) – I am not getting too far ahead of myself," Burns said.

"I guess I will just focus on the job at hand, a few days of preparation and then getting stuck into a tough contest.

"But I feel I have been hitting the ball well. I am confident going into the game.

"It's going to be a big job to do, they obviously have a very good bowling attack.

"It's a challenge but they will be up for it.