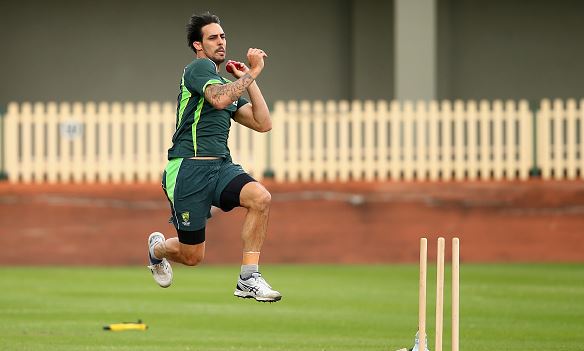 Australian fast bowler Mitchell Johnson says that playing a round of pink ball Sheffield Shield cricket prior to the Test series against New Zealand is not ideal preparation.

Australia's Sheffield Shield players will play a day/night round with the pink ball starting on October 28, before the Australia and New Zealand Test series begins on November 5.

However, Johnson believes that it is not a good idea to play Shield cricket with a pink ball so close to the first Test which will be played with a traditional red ball, with the day/night Test not starting until November 27.

"I don't think it's ideal us playing a day-night Shield (match) coming into a three-Test series, two of them with a red ball and one with a pink ball," Johnson said.

"I don't think it's ideal. Especially with guys missing out on Bangladesh and needing to bowl with the red ball.

"We're playing this (camp) now, then I'm going down to Tassie to play with a pink ball (in the Shield).

"I don't think it's the best preparation but I guess that's why we had this camp as well, to get a bit of a feel with the red ball again."