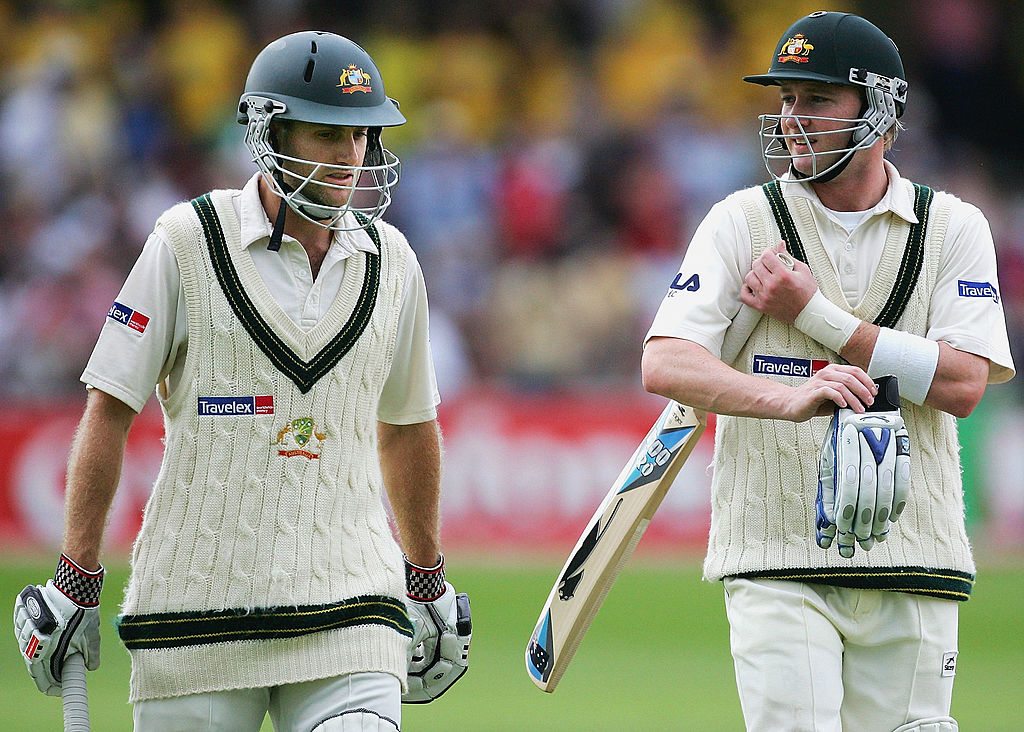 Following an excerpt from Michael Clarke's new autobiography My Story recently that detailed an altercation between Simon Katich and the Australian vice-captain in 2009, teammate of the pair Mitchell Johnson has revealed what Simon Katich said in the moments after the bust-up.

Clarke wanted the team song to be sung quickly after the game as he had a function to attend, but he believed Katich and Michael Hussey were deliberately delaying the singing of the song to annoy Clarke.

"Hang on, you're doing this out of spite, you f---ing dogs," said Clarke according to his book.

"Have the balls to say it to my face."

Katich took exception to Clarke's statement, and after more fierce words Katich grabbed his teammate by the collar and the pair stood eye to eye.

Eventually they broke up and Clarke stormed out of the dressing room, although finally the story is becoming public knowledge seven years later.

Mitchell Johnson, who spoke to foxsports.com.au ahead of the release of his new autobiography Resilient, was sitting next to Katich at the time and told the website what the former opening batsman said soon after.

“It got broken up pretty quickly and Kato sat down and was like, ‘did I do the right thing?’,” Johnson told foxsports.com.au.

“I was like ‘yeah, you stood up for what you believed in’. That’s my side of it.”

Johnson also said he and his teammates remained in the dressing room for a while following Clarke's exit.

“We stayed around,” Johnson said.

“I don’t think at that stage we knew that Haydos (Matthew Hayden) was retiring. It was a pretty ordinary situation, but those things do happen occasionally in dressing rooms.”