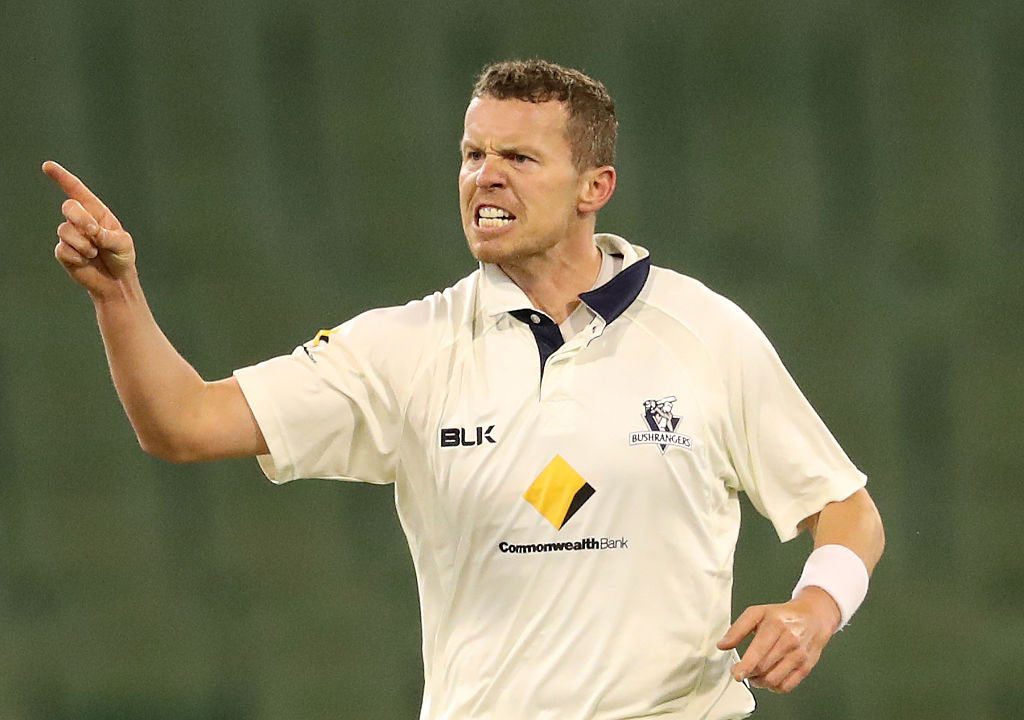 Australia have opted for experience for the opening Test against South Africa that starts on Thursday, selecting Peter Siddle ahead of the uncapped Joe Mennie.

Captain Steve Smith announced the XI on Wednesday afternoon, as two changes were made from the last Test team that took the field against Sri Lanka in August.

Peter Siddle is chosen ahead of Mennie and replaces spinner Jon Holland, while Usman Khawaja takes the spot of Moises Henriques who featured in the final Test of the Sri Lankan series.

Mennie, the man who was the surprise inclusion in Australia's squad, will return to South Australia following the toss of the coin on Thursday and will play in SA's Sheffield Shield fixture against Tasmania that starts on Friday at the Adelaide Oval.

Siddle was given the nod ahead of Mennie despite playing just one Sheffield Shield match along with a handful of Matador Cup games, but the selectors were happy with the paceman's fitness.

"Credit to him (Siddle) for getting himself ready and fit," Australian vice-captain David Warner told reporters this week.

"He feels fit, he's bowling good line and length, and he was troubling our batsmen in the nets.

"He's one of those bowlers when he hits (a difficult) line and length and there's a little bit in that wicket he's hard to face.

"He's been our rock for many years now and he's got the games under him and the experience to know what to bring out here."

South Africa are expected to name their final starting XI on Thursday morning.