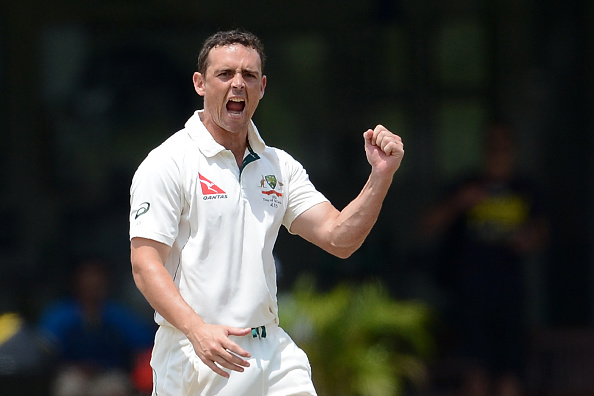 Test spinner Stephen O'Keefe has been fined $10,000 by Cricket Australia after he was involved in an incident at a Sydney hotel on Saturday night.

O'Keefe, who was forced home from the current Tour of Sri Lanka due to a hamstring injury, was issued with an Infringement Notice by NSW Police for offensive behaviour and being an excluded person remaining in the vicinity of licensed premises after a night at the The Steyne Hotel in the beachside suburb of Manly.

The NSW player was also charged with breaching Article 2.2.11 of CA's Code of Behaviour - conduct unbecoming of a player - and accepted his sanction of a $10,000 fine.

CA says the 31-year-old will also undergo counselling and education as part of his sanction.